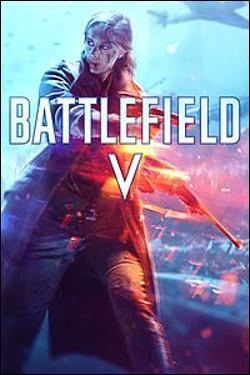 As a long time Battlefield veteran, I’ve played nearly every game in the series, such as 1942, 2142, Bad Company, and even Battlefield Heroes, so I am somewhat excited to play DICE’s latest entry in the series. I love the historic battles, the huge maps and the epic destruction that a Battlefield game offers, so I had very high hopes for Battlefield V. It’s a fantastic multiplayer experience, but the controversy surrounding the lack of content at release is very hard to ignore (Editor’s Note: Since this review was written, a free Single Player DLC episode was added)."

read more
Battlefield V Chapter 6: Into the Jungle Launches February 6
For those FPS fans who are still playing EA’s signature war game have some new DLC coming soon.
Duo Mode Being Introduced into Battefield V’s Firestorm Mode
If you’ve been looking to ’team’ up with a friend in Battlefield V’s Firestorm mode, then here is a chance to test the feature out.
PSA - Battlefield V: Chapter 3 - Trial by Fire is Now Live
EA releases the third more of its FREE chapter of DLC for Battlefield V and you can check out the details of what to expect in this new chapter.
Battlefield V Unveils a New Launch Trailer for its Battle Royale Mode
We know there are true Battlefield V fans out there looking for some visual action of the upcoming Battle Royale mode for the game, well, check out the trailer inside.
Battlefield V Gets a New Mode on Feb. 13th Called Combined Arms
For those looking to find a way to help prepare for the world of online in Battlefield V, this news should interest you.
Battlefield V Update Hitting on January 15th
If you’re still battling it out in EA’s First Person Shooter, then this news will be of importance, as there is a new update hitting and new content arriving w with it.
Battlefield V Chapter 1: Overture Now Available for Fans to Play.
Those that are deep within Battlefield V have some new DLC to play. Check out the details inside.
PSA - Battlefield V Now Playable for Everyone
If you didn’t pre-order the special edition allowing early play, or are not subscribing to EA Access, well, you can now finally buy and/or play Battlefield V.
VIDEO - Battlefield V Maps Trailer
Fans of EA Games Battlefield franchise can check out the latest trailer from DICE showing off some of the game’s maps.
EA Dice Has Some Bonus Items for Fans When Battlefield V Launches
With about three weeks to go, EA Dice announced that they have a few things special for fans at launch.
Battlefield V Open Beta - Sept 4 For Early Access & Sept 6 For All
EA has given fans a day to look forward to, one that will allow them to participate in an open beta for the next Battlefield game.
PSA - Battlefield V Set to Hit Consoles on October 19
Seems that once again Battlefield is set to release not to far after Activision’s shooter. Check out the details inside.

Xbox one no signal
Post by debrartin
0 Replies, 26925 Views