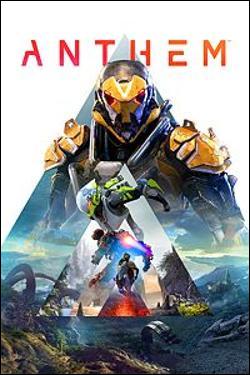 Since Anthem was first shown back at one of the E3’s, there’s been a feverish excitement and following for its release, and for good reason; it simply looked awesome. You control a mech (javelin) much like Iron Man, and it had remnants of Destiny and Division loot based co-op gameplay. Oh, and BioWare is behind it, so naturally fans became quite excited quickly."

The Wait is Over, Anthem is Available to Everyone Today
After some hiccups, an early release for PC, and a lot of activity in Social Media about EA and BioWare’s next IP, Anthem is playable for EVERYONE!!!
VIDEO - Conviction - an Anthem Live-Action Short Story
If you are remotely interested in EA Games upcoming Anthem, then you might should be interested in this live action video.
VIDEO - Anthem Launch Trailer
With the impending game from EA incoming very soon, especially with those with EA Access, a launch trailer has been unveiled, and check it inside.
Anthem's Endgame Detailed in Latest Video
Gamers have been wondering what to expect after Anthem’s story-campaign has been completed, and there is a new video that should give players some idea of what they will be doing.
VIDEO - 'This is Anthem' Video Series - Part 1
As we get close to the release of EA and Bioware’s upcoming Anthem, a video series has been launched to let fans and non- fans alike know what the game is about.
EA's Upcoing New IP 'Anthem' to Get VIP Beta on Jan. 25, 2019
If you pre-order EA’s soon to be released game, you get access to a VIP Beta in January, while those who don’t can access the Open Beta in the first week of Febraury.
E3 News: More Details on EA's Anthem
EA lets loose more details and some gameplay sneak peeks as they unveil more of their upcoming cooperative shooter Anthem.

Xbox one no signal
Post by debrartin
0 Replies, 26897 Views