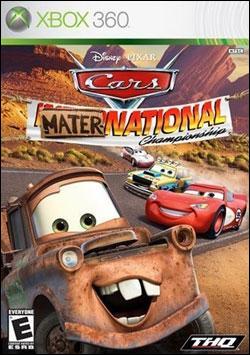 Something
Stick it to McQueen

Beat the three Radiator Springs road races and the Relay Race, then place in the first Stadium Race.
25

Qualify in the first three Rustbucket Series races, then win the final.
75

Win each of the nine levels of Fillmore's Fuel Frenzy.
75

Tip all tractors before the time limit in each of the six levels of Tractor Tipping.
75

Score well playing along with each of the seven songs in Ramone's Rhythmic Rumble.
75

Scare Mater home in each of the seven Ghosting Mater levels.
100

Qualify in the first two Waypoint Race Series races, then finish in the top three of the final.
75

Tag your opponent then zoom to your goal without being tagged in all nine Race 'n' Chase levels.
75

Beat the three Ornament Valley road races and the Relay Race, then place in the second Stadium race.
25

Collect every Bolt Banner and earn every sticker in the game.
150