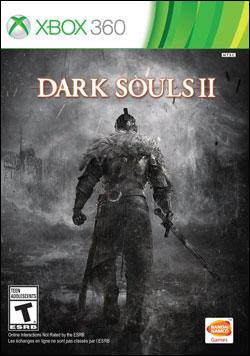 Gamers who have been closely following the development of Dark Souls 2 since it was announced in late 2012 may remember the controversy that erupted shortly afterward when the game's co-director, Yui Tanimura suggested that the sequel would be made "more accessible", giving longtime fans the impression that the brutal difficulty, confounding lore and at times obtuse gameplay would give way to excessive handholding as a concession to newcomers. In an interview with Edge Online one year later, Tanimura would explain that by "accessible" he actually meant streamlining elements of the game that did not positively communicate and contribute to the essence of what the Souls games were about, and that players could still expect the same level of challenge and confusion from Dark Souls 2 that they were accustomed to. Well, Dark Souls 2 is now upon us, and as a veteran who has been through the wringer the original Dark Souls and Demon Souls (for PS3) before it, I can personally attest that Tanimura has remained true to his word."

Dark Souls II, Borderlands Collection available for Xbox One pre-order
At this time of year, it’s not about the quantity, it’s about the quality, and there are two (technically three) extremely high-quality hits from last generation making their debut on Xbox One over the next month. Keep your guns and swords primed.
Bandai Namco announces Dark Souls 2 'Lost Crowns' DLC Trilogy
There is bound to be a whole load of Dark Souls fans who sold their copy of Dark Souls 2 and are kicking themselves right now. You’d best find yourself another copy by July if you don’t want to miss out.
Namco Bandai reveals March 11th Dark Souls 2 release date
Looks like we finally have a date..a date with DEATH.
Dark Souls 2 to let players freely seek out their untimely death
According to Dark Souls 2’s director Yui Tanimura, Dark Souls 2 will grant players far more freedom of exploration and even let them jump ahead to later parts of the game if they wish, provided they are brave enough and skilled enough to survive.
E3 Poster: Dark Souls II coming March 2014
If youâ€™re driving past the L.A. Convention Center, you might happen to glimpse a very large poster that officially reveals the previously unannounced release month of Dark Souls II. Praise The Sun!