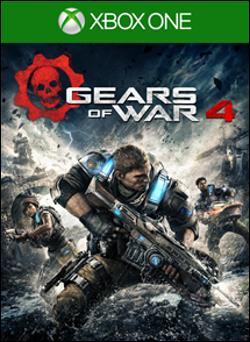 There’s only a handful of franchises that seemingly define a console or generation of gaming, and Gears of War is easily one of those franchises. Just shy of its 10 year anniversary, Gears of War has been pulling in fans ever since 2006 and it crafted one of the most iconic series that helped Xbox 360 reach the fan base that it did. Gears of War 3 was released way back in 2011 and fans have been waiting half a decade for a proper sequel ever since, and now that time has come with the impending release of Gears of War 4."

Gears Pro Circuit Mexico Open Crowns OpTic Gaming Champions
The first Gears pro circuit tournament of 2018 is all done, and OpTic Gaming walks away champions.
Gears of War 4 to Get A Lot of Xbox One X Enhancements
As we count down the days until the Xbox One X is on store shelves, developer The Coalition has a lot of upgrades for Gears players on the Xbox One X.
Gears of War 4 September Update Features Revealed
Fans of Gears of War 4 can check out what will be new in September’s update. Check out the trailer inside.
Gears of War 4 May Update Details Announced
Check out the details on what is offered up in the May update for Gears 4.
Gears Pro Circuit Atlantic City Open Announced
Looking for the next Gears 4 eSports tournament, well look to Atlantic City for the next place to go.
Versus Social Cross-Play for Gears of War 4 Introduced
Looking for some cross play love between Xbox One and Win-10 PC for Gears of War 4 social? Well now you have it courtesy of Microsoft and The Coalition.
New Maps and Game Cards for Gears of War 4
Seems that The Coalition is getting ready to release some new maps for fans to play on, and a whole lot of new cards for fans to earn or buy.
Rev Up Those Lancers - Gears of War 4 Officially Launches Today
If you didn’t purchase the "Ultimate" Edition of Gears of War 4, now is your time, as Gears 4 is officially available for purchase now. What are you waiting for?
Gears of War 4: Live Broadcast on October 5 Gets the Hype Rolling
Looking for a chance to get the Gears Hype Fever? Well look no furtherthat the Gears of War 4 Live Broadcast on October 5. Click on thru for details.
Rockstar Energy Drink Launching Custom Gears of War 4 Cans
Looking to get some fuel while playing some Xbox One video games? Well, Rockstar has you covered with some Gears of War 4 custom cans full of their energy drink.
New Horde Mode 3.0 Trailer Released for Gears of War 4
Along with a new trailer, a new song is featured for Gears fans to get to love, which seems to be the way with all the Gears trailers of the past few years. You can check out the new trailer inside.
More Pre-Order Bonuses Announced for Gears of War 4
Those looking to pre-order Gears of War 4 now know what extra bonuses they can get when pre-ordering Microsoft’s 3rd person shooter.
Gears of War 4 Pro eSports Circuit Announced
With a pool of One Million dollars, pro gamers will need to get their lancers ready, and sharpen their chansaw skills to come out on top.
6 Minutes of Gears of War 4 Campaign Gameplay Footage
Looking to check out some new campaign footage of the next Gears game? Well click on thru to check out a video showing just that.
Gears of War 4: Loot Crate Edition is Coming Soon
Gears fans, get ready for your ’COG supply drop’ as an official themed Loot Crate based on Gears 4 is going to be released.
Gears of War 4 Available for Pre-Order
Fans of Gears have more reason to be excited as both Standard and Ultimate Editions of Gears of War 4 are now available for pre-order.
Gears 4 at PAX: A Brutal New Trailer and an All-New Mode
Starting on April 25, XBL Gold members can play the Gear of War 4 Multiplayer Beta.
Gears of War 4 Trailer Offers Glimpse of a New Hero and a Nightmare
The latest trailer for Microsoft’s next Gear of War offers up a whole lot of emotions.
Microsoft Announces Gears of War to be Released in October 2016
Fans of the Gears series have a 6 month wait, but on October 11th they will get a chance to fire up their chainsaw lancers once again.