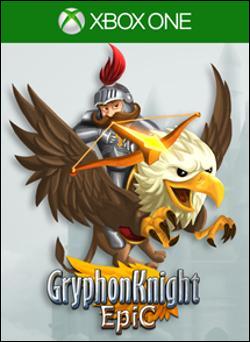 In today's world it seems that even if a game is successful with a Kickstarter campaign that it's not always a guarantee it will see the light of day or be what was initially promised. Cyber Rhino Studios, developer of Gryphon Knight Epic, asked for a modest amount of funds for their fundraising campaign, and they were successful, and they have also delivered on their promises, one of which now includes a console version of the game on Xbox One. Given my age, I grew up on now-retro games and shoot 'em ups, or schmups as they are so fondly referred to, so mashing the two worlds together should be a no-brainer and gamers like me should enjoy it."