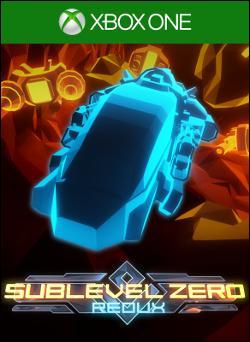 I can’t believe I was a teenager when Descent first released back in 1995. I remember it vividly because as far as I can remember, I believe that was the first six degrees of freedom (6DoF) game I ever played that looked and played as advanced as it did for its time. While I’m unsure that Descent was the game that really invented the 6DoF control scheme, it certainly was one of the first to make it popular, as it spawned numerous clones and similar types of games with its unique mechanics."

read more
Sublevel Zero - Redux will be at gamescom
Attendees of the European games show will be the one of the first to experience SIGTrap Games’ newest title.
SIGTRAP Games Sign Up to bring Sublevel Zero Redux to Xbox One
Battle enemy fighters and surface emplacements and stop the enemy later this year on Microsof’ts current-gen console


See News Archives
Important! I pay $ 1000! I search the Sweden launch and the Element 54 Faceplate
Post by Smill
0 Replies, 6734 Views