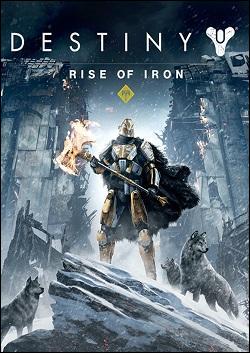 Destiny, Bungie's current franchise, has been quite the ride since its release over two years ago. In 2014 it released to quite the fanfare only to be received with mixed results. Some loved the ability to play a FPS on consoles in an MMO-like setting while others found it to be devoid of any story and an empty experience."

read more
Destiny's Upcoming Fall/Winter Event Detailed
Fans of Destiny’s sparrow racing get the announcement that they have been waiting for. Shaders, sparrows and weapons galore are coming.
New Trailer for Destiny's "Treasures of the Lost" Event
Click on through to check out a trailer for a glimpse of what you’ll be doing and what you may get during this special event.
Rise of Iron Wrath of the Machines Raid Trailer
The new raid in Destiny: Rise of Iron is live today, and the team at Bungie put together a little trailer to ’wet your appetite’ of what the new raid will offer.
Destiny: Rise of Iron Launch Trailer Unveiled
There’s really not much to say but that you can check out when Iron Lords were the protectors, not the Guardians. Check out the video inside
Destiny - The Collection Announced & New Trailer Released
Activision and Bungie have officially announced Destiny - The Collection, which has all the previously released content, and the upcoming DLC Rise of Iron.
New Pre-Order Bonus for Destiny: Rise of Iron Announced
Take a look at the new Gjallarwing Sparrow, a machine forged from steel. We have the introduction video inside.