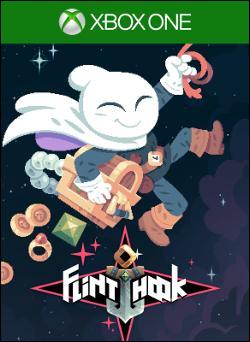 When a game touts itself as a roguelike, I tend to go in cautiously because I don’t generally have as much time as I would like to play games, so dying repeatedly isn’t something that generally interests me, which is usually what happens in roguelike titles. Certain games though find a way to make the constant deaths not as frustrating as they usually are, usually due to a great mechanic or some form of progression so that you don’t feel like you’re just wasting time. Developers Tribute Games has found a way to do this with their title, Flinthook, which, excuse the pun, has me hooked."