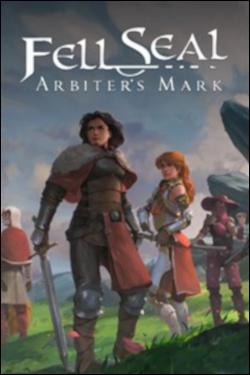 If you would have told me that a $45k Kickstarter game could grow into a game that would not just be a decent game, but one that future games would be judged upon, then I'd say you were lying. I've never been happier to be so wrong. If you're a fan of RPG tactics games (ala Final Fantasy Tactics), then let me introduce you to Fell Seal: Arbiter's Mark."