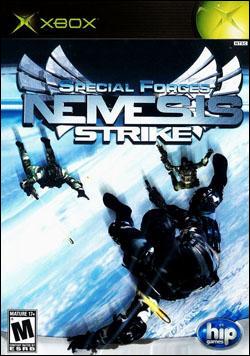 You belong to an elite force fighting against global counter-terrorism. Your team is made up of two crack agents poised to react to any threat. Stealth Owl is an infiltration expert, whose skills are accuracy and skydiving. Raptor uses weapons of mass destruction and favours close combat. Your main objective is to dismantle the NEMESIS network and retrieve the stolen technology. But by changing the chemical properties of certain proteins, the terrorists have made their fighters much more aggressive… The game benefits from a cutting edge game engine and a specific physics system. You can destroy any kind of environment, requisition military vehicles and feel right at the centre of the action. For the first time, physics will have a major impact on how you play the game.
Registered Members: 48,534
Forum Posts: 725,916
Xbox One Titles: 2,738
Xbox 360 Titles: 1,086
Xbox 360 Kinect Titles: 95
Xbox 360 Arcade Titles: 586
Original Xbox Titles: 987
Staff Reviews: 2,017
Member Reviews: 10,339
News Articles: 15,609
Screenshots: 33,977
Xbox 360 Achievements: 45,112
Xbox 360 Faceplates: 2,016
Cheat Codes: 1,706