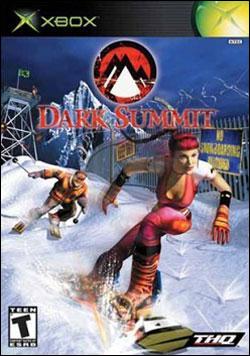 XboxAddict.com had a chance to chat with THQ
about their unique snowboarding title called
"Dark Summit", this is not your average downhill
excitement launch title.


Q: XBA: Snowboarding veterans Radical Entertainment are making this game. Will Dark Summit play at all like Radical's past 4 snowboarding games? (It's ESPN and MTV series)

Q: XBA: We have to say this we are huge snowboarding junkies here at XboxAddict.com...What new innovations and improved features will Dark Summit bring to the overcrowded Snowboarding/Extreme Sports genre?

A: Wow, what don’t we bring? You’re right the snowboarding genre has become a bit crowded but aside from SSX all the other games seem to be cookie cutters of themselves. Dark Summit is the first challenge based snowboarding game. There are dozens of different missions you get to play through, such as racing with the ski patrol, chasing down and knocking out villains, exploring highly security military bases. Couple this with an intuitive control scheme and it makes for a unique and enjoyable experience. No going over a small jump and landing on your face here ;)

Q: XBA: Dark Summit doesn't appear to be like "your ordinary" Snowboarding game, we've never seen a snowboarding game that has missions, tell us more about that.

A: Missions (or challenges as we call them) enable us to teach the player to play the game at the same time as involving them in the story. From the start of the game it’s apparent that something isn’t normal on Mount Garrick. Naya treks through the backcountry and intercepts signals via communication links that send her on various missions. In Dark Summit it pays to explore as you will uncover the story and be led into some wild adventures.

Q: XBA: How many different type characters will be in Dark Summit? And maybe describe a few of them.

A: The main character is a beautiful spunky redhead named Naya. An operative in the disguise of a snowboarder Naya is sent to find out what is going on at Mount Garrick. Accompanying her are other agents such as Ty, Sam, Len, Hank and Felix. The other snowboarders act as scouts for Naya and relaying information to central command for Naya about things going on at the mountain. Of course these characters can be unlocked so you can play them also. The villains in the game are all skiers and who are either part of the mountain authorities like Chief O’Leary, Ranger Dick, the Ski Patrol and Slow patrol, or they are silly snowbladers like brother and sister team of Hanz and Rachel.

Q: XBA: How many different tricks/moves will there be?

A: A lot. There are over 30 different grabs, grinds and special tricks. When you combine them with rotations and flips, you’ll have over a hundred different moves you can pull off.

Q: XBA: What will be the differences between Dark Summit for the Xbox in comparison to its PS2 & Gamecube brothers?

A: The programming team has done an amazing job on optimizing the game for each platform, and each one has it’s advantages. But you can figure that extra power is used for something :)

Q: XBA: Have you guys used to Xbox's special graphical features to give Dark Summit that extra visual kick? If so, describe.

A: Again I can’t get into specifics, but let me say Xbox = Great.

Q: XBA: Have you guys used motion capture for the 3D models in Dark Summit? If not why?

A: No we decided to hand animate the moves. Why? Our animators are so experienced that we saved time and were guaranteed to get the results we wanted.

Q: XBA: What will the multiplayer features include? How extensive will it be?

A: Multiplayer will have 3 modes, Half-pipe Battle, Race or Die and Wrecking Ball. Multiplayer in Dark Summit is a very enjoyable experience wither your racing down the hill smashing signs or trying to pull of the hugest half-pipe tricks.

Q: XBA: Chief O’ Leary seems like a real nut-case, limiting access to Mt. Garrick, tell us more about this individual and how he'll make your life a living hell.

A: I would but I’m afraid he’ll come after me. You’ll have to play Dark Summit to see how he makes Naya’s life difficult.

Q: XBA: How many different ways can a player get more money to buy/upgrade to more/better stuff?

A: As you perform tricks other skiers and snowboarders are impressed with your performance and award you with prestige (equipment points). Gather enough and you can buy new outfits, accessories or boards. Other areas of the game will have money icons laying around for you to pick up (sort of like lost wallets).

Q: XBA: When can we expect to see Dark Summit hit the streets? And what will be the suggested retail price?

A: Dark Summit should hit the streets in the first Xbox wave in November and will retail for $49.99.