A first look at Season Two of Telltale’s award-winning episodic point-and-click series, The Walking Dead, is now available, along with the game’s pre-order, the developer announced.

The next installment in The Walking Dead will star Clementine as she seeks safety and attempts to survive in the wake of a zombie apocalypse. Those interested can pre-order the game via Telltale Games Online Store and Steam. The game’s season pass, which includes all five episodes, is available for $22.49 — 10 percent off the season’s total cost.

The Walking Dead Season Two will launch "later this year" for Windows PC, Mac, home consoles and iOS, with additional platforms to come. The game’s five-episode run will conclude in 2014. Watch the video above for a teaser look at the game.

The Walking Dead: A Telltale Games Series - Game of the Year Edition, which includes all five episodes of the first season and its DLC, 400 Days, will be available in November for $29.99. 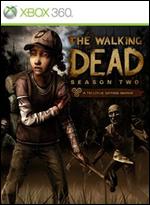