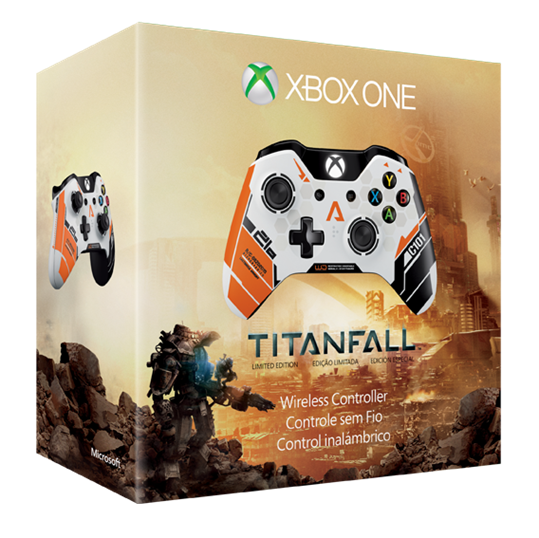 One of the best things about big game releases is the great Limited Edition gear that comes along with them. The upcoming release of Electronic Arts and Respawn Entertainment’s highly anticipated shooter “Titanfall” for Xbox One is the biggest of them all, which is why we’re so excited to unveil a must-have commemorative companion to the game. The Xbox One “Titanfall” Limited Edition Wireless Controller is the perfect way to mark the debut of “Titanfall” on the Xbox One.

"In a collaborative effort with the Xbox design team and the Respawn art department, our goal was to create a controller that feels as if it is a piece of military spec hardware transported from the universe of Titanfall and into players hands," stated Joel Emslie, Lead Artist at Respawn Entertainment.

Designed by Respawn Entertainment, the sleek controller was inspired by the C-101 carbine, used by the elite IMC Titan pilots of the Frontier. Crafted in striking detail for maximum authenticity in color and graphics, it looks and feels like an artifact from the world of “Titanfall” and is a must-have for every “Titanfall” fan.

Winner of more than 80 coveted awards from critics around the world, “Titanfall” has been recognized as one of the most anticipated games of 2014 by MTV, Yahoo! Games, CNN Money and Forbes. “Titanfall” is the first original shooter on next-gen and is winning over fans with its thrilling, dynamic first-person action gameplay featuring elite assault pilots and agile, heavily-armored, 24-foot titans.

The Xbox One “Titanfall” Limited Edition Wireless Controller will be available worldwide in time for the launch of “Titanfall” on March 11, 2014 in North America and beginning March 13, 2014 in Europe. 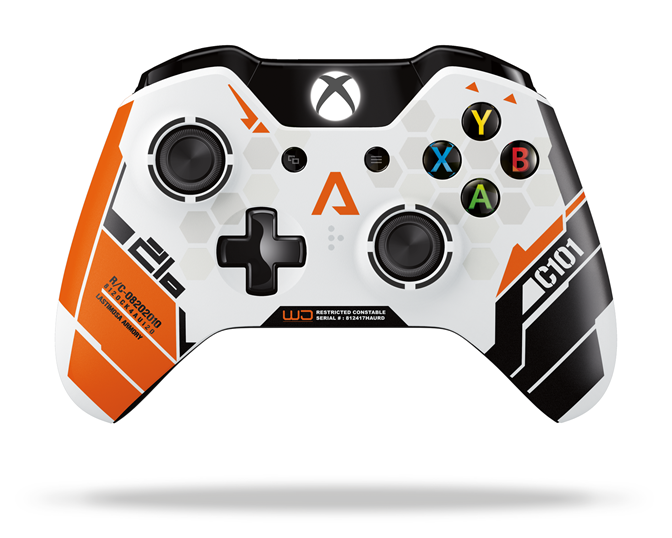