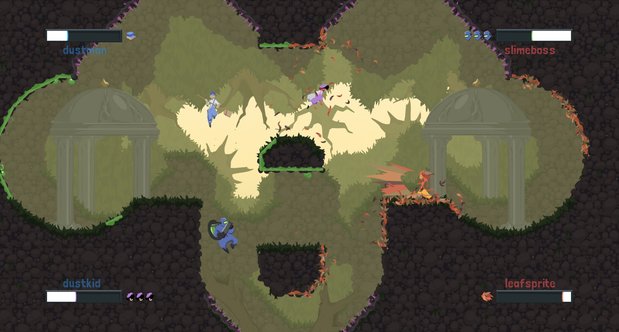 Dustforce has been cleaning up across various platforms, including most recently on PlayStation 3 and Vita. Now it’s time for the heroic team of janitors to sweep up the sinister forces of dirt and grime on Xbox 360, as Dustforce has officially arrived on Microsoft’s console.

Like the PS3 and Vita versions, the Xbox 360 version of Dustforce features online multiplayer for up to four players. This version is also launching with 56 single-player levels and 10 multiplayer levels. It’s currently available on the Xbox Live Marketplace for $9.99.

For a refresher on what Dustforce entails, check out the video below.