The second installment of the interactive novel, The Pillars of the Earth, will be available for the Xbox One at the end of January 2018. Book 2 - Sowing the Wind is the next chapter of Daedalic Entertainment’s adaptation of the best-selling book series by Ken Follett. Those who purchased Book 1 - From the Ashes will automatically have access to Books 2 and 3 at no additional cost. Anyone who has yet to purchase the game may now download the first two Books for $39,99 on console, which also provides access to Book 3 - Eye on the Storm later when it releases in May 2018. 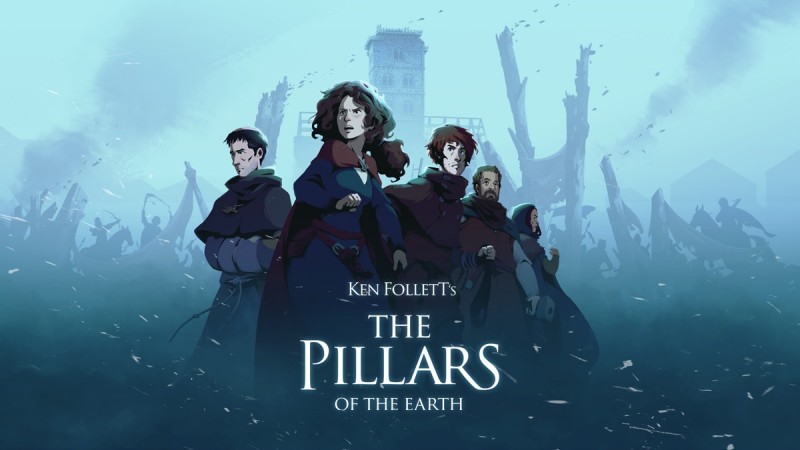 Rejoin Jack and Aliena who are now grown up and matured as they fight to save Kingsbridge from the ruthless William Hamleigh. William does not take Aliena’s romantic rejection lightly and threatens not only her life but the lives of her family and friends. Despite the threat they continue their work on a spectacular cathedral to attract pilgrims and visitors for their thriving market, which promises prosperity for their small, medieval town. But as William Hamleigh becomes earl and joins forces with the merciless bishop Waleran he has only one goal: Kingsbridge must fall!

Featuring over 200 hand-painted backgrounds created with the help of an expert in Medieval history, The Pillars of the Earth has an artistic storybook quality furthered by its stunning orchestral soundtrack performed by the FILMharmonic Orchestra in Prague.

This second installment accelerates and continues the dramatic, mature and emotional storyline that began with the first book. Many dynamics come to a head with violent conflicts and even death. The player will have unprecedented influence in this beloved story, even sometimes deciding who lives and who dies.

The PAW Patrol is ready to set out on their mightiest mission yet in "PAW Patrol: Mighty Pups Save Adventure Bay", including co-op mode.