Green Slime to be Utilized in Nickelodeon Kart Racers

Nickelodeon Kart Racers is set to hit this holiday season, and with it comes many of Nickelodeon’s known franchises. Well, today something special was announced. The iconic Nickelodeon green slime, which made its debut in 1979, plays a critical role on the race track.

Players will fill their slime bar by driving over the fluorescent green goo to activate speed boosts. Slime patches come in many shapes and sizes and do not come without risk; it is very slippery, so watch out! Other patches are so big, your kart will transform into a jet ski! If you’re lucky, you might just unlock a shortcut. Thanks to the slime valve and item boxes, you never know when your favorite Nickelodeon character might get slimed.

For those who may not know much of what this upcoming kart racer is about, here are a a few key features:

So, there you have it kart racing fans. We definitely hope to have more information as this game gets closer to launch. 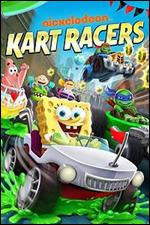