Konami is bringing a snowmobile racing game to the Xbox and PS2 early next year.

Konami of America has announced ESPN Winter X Games Snocross for the Sony PlayStation2 and the Microsoft Xbox. The game joins the company’s expanding line of ESPN-licensed products, which covers traditional sports such as basketball and football and action sports like skateboarding and snowboarding. ESPN Winter X Games Snocross will include two primary modes of play: snocross and arcade. In the snocross mode, players will take part in X Games-style competitions, while the arcade mode focuses more on performing stunts and racing snowmobiles in various locations around the world. The courses themselves will be interactive and will include destructible objects and a variety of shortcuts. ESPN X Games Snocross will also feature six professional riders, including the most recent X Games gold medallist, Tucker Hibbert.

The primary difference between the Xbox and the PlayStation2 versions that has been discussed at this point is that the Xbox version will support up to four players, while the PS2 version will only support two-player head-to-head races.
Source: http://www.gamespot.co.uk/ 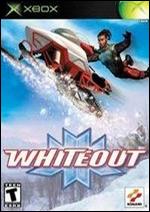