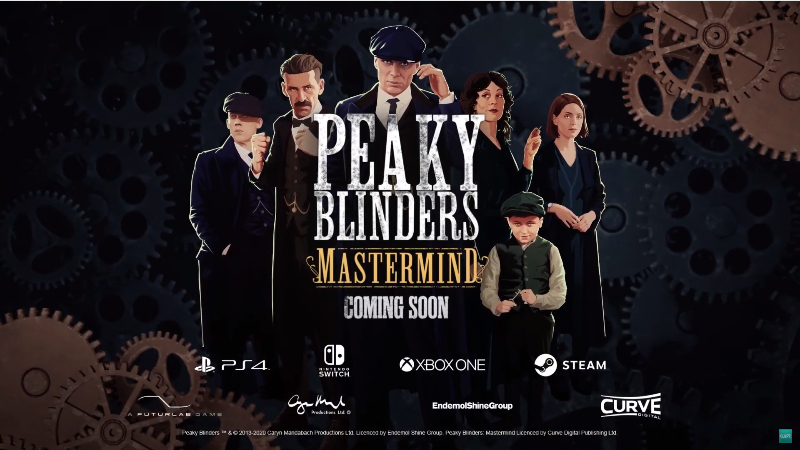 The first game based on the award-winning Peaky Blinders, one of the most popular dramas on global TV in recent years, to console and PC in summer 2020.

Peaky Blinders: Mastermind is a puzzle-adventure game based on the multi-award-winning TV show where players will pull the strings, as Tommy Shelby and his gang seek to take control of the streets of Birmingham in the early 20th century.

In Peaky Blinders: Mastermind, players will be able to freely set and rewind each character’s path in order to tune all of their actions for perfect coordination, tactically utilising characters and stealth to solve increasingly complex puzzles. It’s an inventive take on the series that suitably impressed publisher Curve Digital.


In Peaky Blinders: Mastermind players will:

Peaky Blinders: Mastermind will launch on consoles and PC later in 2020.