Sept. 2, 2004- Warner Bros. Interactive Entertainment has awarded Global Star Software, a publishing label of Take-Two Interactive Software, Inc. the exclusive worldwide license to develop, publish and distribute videogames based on the upcoming Warner Bros. Pictures film, "Charlie and the Chocolate Factory," directed by Tim Burton, and based on the classic Roald Dahl book. The launch of the videogame is scheduled to coincide with the 2005 release of the film that stars Oscar nominated actor Johnny Depp as Willy Wonka. Twelve-year-old British actor Freddie Highmore takes on the title role of Charlie, with newcomers AnnaSophia Robb as Violet Beauregarde, Jordan Fry as Mike Teavee, Julia Winter as Veruca Salt and Philip Wiegratz as Augustus Gloop. Acclaimed director Tim Burton brings his vividly imaginative style to the beloved Roald Dahl classic "Charlie and the Chocolate Factory," about eccentric chocolatier Willy Wonka and Charlie, a good-hearted boy from a poor family who lives in the shadow of Wonka’s extraordinary factory. Long isolated from his own family, Wonka launches a worldwide contest to select an heir to his candy empire. Five lucky children, including Charlie, draw golden tickets from Wonka chocolate bars and win a guided tour of the legendary candy-making facility that no outsider has seen in 15 years. Dazzled by one amazing sight after another, Charlie is drawn into Wonka’s fantastic world in this astonishing and enduring story. Global Star Software will manage the game development for next generation consoles, handheld and PC. The console games will be developed by High Voltage Software, and the handheld and PC games by Backbone Entertainment. "We are very excited to be working with Warner Bros. Interactive Entertainment on a videogame adaptation of Tim Burton’s vision of the classic ’Charlie and the Chocolate Factory,’" said Christoph Hartmann, Senior Vice President of Publishing at Global Star Software. "’Charlie and the Chocolate Factory’ has entertained audiences around the globe for over forty years, and the bright and colorful settings, iconic storytelling and beloved characters are a perfect match for this medium." "The unique nature of the ’Charlie and the Chocolate Factory’ content offers a rare opportunity to create a great interactive extension of the fiction," said Jason Hall, Senior Vice President of Warner Bros. Interactive Entertainment. "Working with Global Star, we look forward to launching an engaging video game based on this extremely imaginative property."
Source: http://www.take2games.com 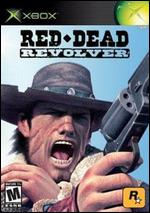