Montréal, Canada – December 23, 2004 – Ubisoft, one of the world’s largest video game publishers, announces that Prince of Persia® Warrior Within™ has already doubled sales of the brand’s first instalment, with 1.8 million units delivered in just two weeks. During an extremely competitive holiday season, Prince of Persia® Warrior Within™ has proved itself a force to be reckoned with since its release December 2nd. It ranks: - #6 game in the UK ever since its release, all formats combined1 - #5 game in the US, all formats combined2, in the first week of its release - #6 Xbox title in Germany3 - in the Top 5 PS2 and Xbox games in France, and the #5 best-selling game all formats combined4. “With this second opus for the Prince of Persia® brand, Ubisoft proves once again its ability to firmly establish its brands during a holiday season exceptionally rich in hit titles,” said Yves Guillemot, President and CEO of Ubisoft.
Source: http://www.ubisoft.com/ 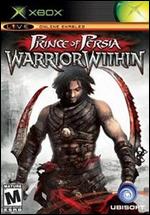