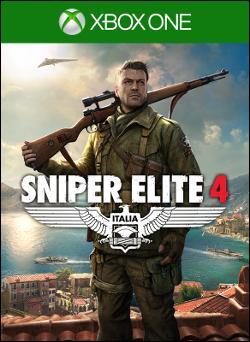 Throughout the years, the Sniper Elite games have taken leaps and bounds in terms of progression as they have tried to deliver the most realistic sniping experiences you will ever play on a console. Having originally only played the first game, I felt that premise was good; however, the execution I found to be substantially lacking. Now though, throughout multiple years and multiple evolutions, Sniper Elite 4 has launched, and like a fine wine, this series has only gotten better with age."

read more
Rebellion's Rollout of New Content for Sniper Elite 4 Out Today
Part 2 of the new "Deathstorm" Campaign is downloadable now. There is also a free map, mode and survival mission for all players. We have the launch video inside.
New Sniper Elite 3 Trailer & Season Pass Detailed
Check out the latest trailer for Sniper Elite 4, and while you’re at it, check out what’s included in the Season Pass.
Sniper Elite 4 - New Trailer Released
New trailer details all you need to know about what the developers are claiming is the most expansive World War 2 game ever.