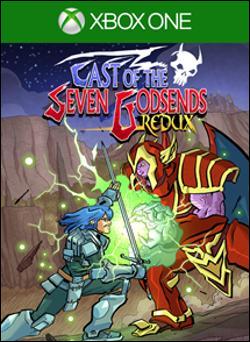 Continuing the trend of retro gaming, Raven Travel Studios has recently released Cast of the Seven Godsends on the Xbox One. Originally launched on the PC back in July 2015, Raven Travel Studios has attempted to capture the fun, enjoyment, and frustration of 2D side scrolling action set back in the 16 Bit era. With a heavy homage to some of the greatest 2D side scrolling games ever created, and priced at $6."