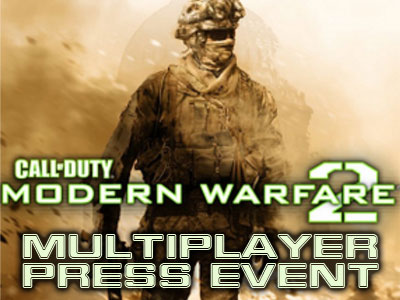 When XboxAddict.com was asked to attend the Call of Duty Modern Warfare 2 event in Los Angeles,  I personally was immediately thrilled.  Not only was I a Call of Duty fan, but this series just does it for me in the first person shooter department.

Once at the event, I met up with some old and new friends.  The entire event felt like we were getting ready to meet someone famous or something.  Which I guess we were, it was Call of “Frickin” Duty man!

Inside there was food, drinks, lights and music everywhere, people were very excited.  It’s was an overall great vibe.

At door we were directed to the presentation room where Major Nelson announced the limited edition Call of Duty Modern Warfare 2 Xbox.  I don’t know about you guys, but if and when I get some extra cash, I’ll get one.  Since Santa is a little poor this year, it will probably have to wait.  The unit will retail for $399 USD, and $429 CDN.  Also, I imagine we can expect the Xbox to be built with a newer chipset, too. 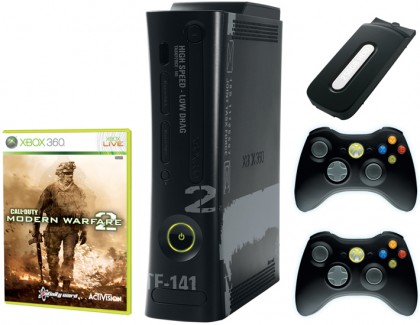 Shortly after two gentlemen from Infinity Ward came out and gave us the run down on what was new in the multiplayer mode of COD:MW2.   I really don’t think anyone was really paying attention.  Everyone was just so excited to play and get some frags in!


The time finally came for interview questions, I asked the following.  “How many multiplayer maps are their?” They replied, “More than the last game”.  Then I asked. “What is the level cap this time?” They replied, “We can’t talk about that”.


As you can very well imagine, I was getting a little frustrated. Not mad, it’s just that I was reaching dead ends.  Hehehe.   I asked if the game engine was improved, they said, “yes.”  Then came my final question, “Will the old COD:MW rank and skill levels (or saved games) be carried over from the previous game to the new one? They answered, “No.”
Although, my interview questions we less than stellar, I was still crazy excited for the game, and just being at this event.

The bottom line is that COD:MW2’s multiplayer is a lot smoother this time around.

The event was a blast, and really looking forward to some multiplayer goodness in November. Thanks Activision! 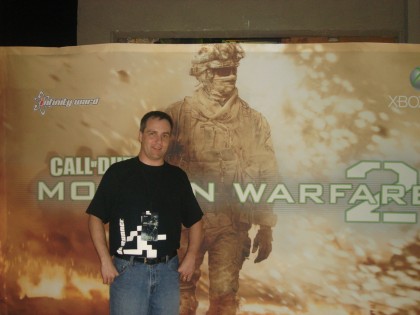