Dick Clark's legacy will continue long after he decides to leave us to our own devices (the 81 year old legend is still referred to as the ‘World's Oldest Teenager'). Having dedicated his career to bringing music to the masses, he presented the world with numerous sage worthy insights, but is most often remembered for the quote "Music is the soundtrack of our life". 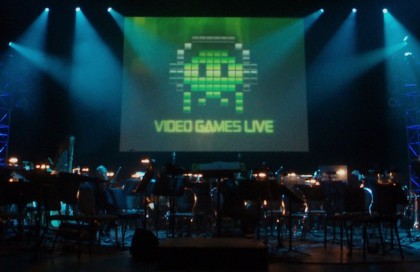 Anyone born in the last 60-80 years will attest the validity of Mr. Clark's comment and those that grew up through the 80's, even more so (those from the 60's had hippie music, the 70's had disco and the 90's had grunge...all of which invalidates their entry into the awesome music category). But an interesting development over the last 20 or so years is the involvement that multimedia has played with the ‘soundtrack'. Sure there are a few movies that could gain entry, and even a few television theme songs but the video game industry has played a prominent role in embedding itself into the collective atmospheric consciousness.

There is no individual that understands the resonance that video game theme songs have on our experiences better than Tommy Tallarico. Tommy has worked on more than 250 titles as both a composer and musician since entering the industry in 1991. His body of work along with many years of writing, co-producing and co-hosting Reviews on the Run with Victor Lucas has made the development of Video Games Live (VGL) a natural progression for such a dynamic individual. Along with industry veteran Jack Wall, Tommy introduced the world to Video Games Live, a series of concerts featuring video game music performed by a live orchestra. Recognizing that today's multimedia enthusiasts want more than just the auditory input, VGL showcases game footage, lighting and effects all presented in time to the incredible music. 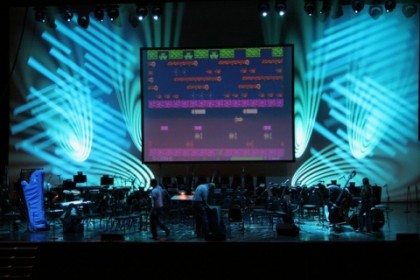 Video Games Live: Level 2 features the 2010 New Orleans performance and brings together the Louisiana Philharmonic Orchestra (including a live chorus), solo performances and incredible 'rock band' presentations fronted by Tommy himself (complete with a sniper scoped equipped guitar. Throw in the laser effects and the added visuals to top off the experience and most will be enveloped in complete sensory overload.

Just to bring everyone on board let's review a sampling of the set list: The Legend of Zelda, Civilization IV, God of War, Chrono Trigger, World of Warcraft, Super Mario Bros. Medley, Sonic the Hedgehog, Advent Rising, Megaman, StarCraft II, Halo Montage, Castlevania and many more. But true to the genre, the DVD adds to the offering with almost 3 hours of extras including a commentary, interviews, game trailers, 'making of' featurettes and a behind the scenes look at Video Games Live.

I know that for many the idea of listening to the music of some of your favorite titles may seem a bit redundant but just as the presentation hits the 3rd intro I began to realize just how deeply ingrained many of these melodies really were. Not only was I tapping away to the rhythm and visualizing the scenes from the games but I was immediately drawn back to when I actually played the games these songs were developed for. I didn't' just remember playing but I remembered the frustration of dealing with difficult areas and I felt the adrenalin of finally finishing a particularly trying game. 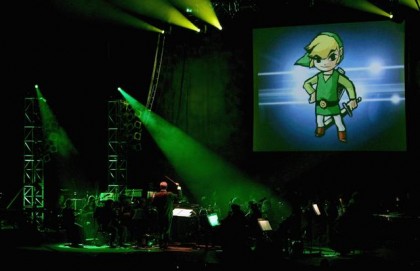 Any gamer over the age of 18 (and many below) should be able to appreciate Video Games Live. This isn't to say that it doesn't have its faults. I can think of numerous titles I would have enjoyed hearing and Tommy's grandstanding is a little over the top (yet infectious) for those who haven't seen him on Reviews on the Run. The Guitar Hero segment is fantastic but you can't help but think the guy they pull from the audience was a little too good (if you know what I mean) and I would have rather seen the complete systems up there....keyboard, drums....even throw together a piece using just the console instruments....or go right over the top utilizing the DJ Hero turntable.

Whether for nostalgic reasons or simply for entertainment this is a must have addition to a true gamers collection however, even non-gamers will be able to appreciate the production value throughout. It would be interesting to see the percentage of people, before and after watching the DVD, that feel that the stylized beeps and pings of Super Mario Brothers are of significant presence on the soundtrack of their life. 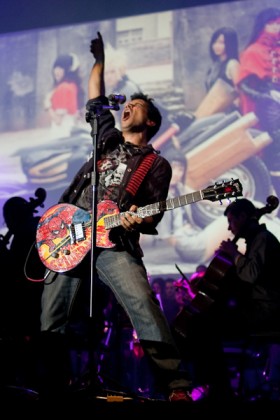