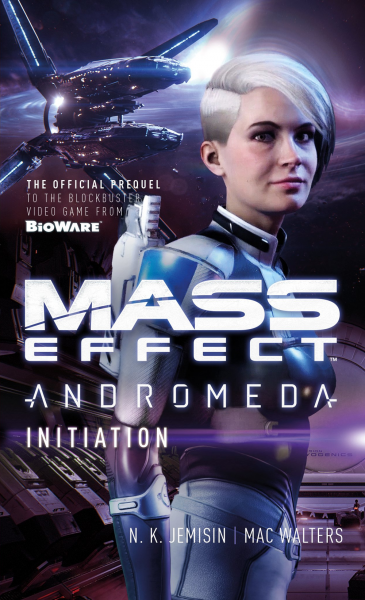 When BioWare first released Mass Effect, back in 2007, it took the gaming world by storm and quickly became one of its most talked about franchises. Since then, we’ve seen the release of three more games, including last year’s controversial spinoff, Mass Effect: Andromeda. A game that, after undergoing a troubled development cycle at a different studio, received a lot of ridicule for its odd bugs, along with mediocre reviews that criticized its lack of originality, barren worlds and subpar campaign.

Truth be told, Mass Effect: Andromeda is the only game in the series that I’ve actually finished. Although the franchise should be right up my alley, due to its mix of third-person shooting, science fiction and Western RPG mechanics, I’ve struggled to complete the first game during two attempts. I don’t know what it is, but there’s just something about it that I eventually tire of and – without really meaning to – end up moving on from, thanks to other games that have more appeal. Though I own Mass Effect 2, as well, I’ve never played it. One of my secret gaming shames is that I’ve never finished any of the titles in that acclaimed trilogy, but it wasn’t without trying.

When Xbox Addict was offered a couple of novels to review, I offered to do so. As an avid reader, and someone who loves video games, I was interested to see how the novels were. The first was a prequel to Dishonored: Death of the Outsider, and the second was this particular novel: Mass Effect: Andromeda – Initiation. Described as being the official prequel to the game, it comes to us from Titan Books and co-authors N.K. Jemison and Mac Walters. If their names are familiar, it’s because N.K. Jemison is an award winning science fiction writer, whereas Mac Walters is the Edmonton-based Creative Director for the Mass Effect games.

Due to their credentials and individual pedigree, I expected Initiation to knock my socks off and be evident proof that novels based on, preceding or adapted from video games can be really good. Dishonored: The Return of Daud was an example of this, after surprising me with how solid it was. Unfortunately, though, this particular novel was not, as it failed to grip me.

Mass Effect: Andromeda – Initiation tells Cora’s story. That is, what happened after she left an Asari unit and returned back to human civilization after several years spent on an ‘alien’ planet. This all picks up just as she’s returned, as a newly hired member of Alec Ryder’s Andromeda group. As a biotic soldier, she was hired in a mercenary’s role, but was then handpicked by the Pathfinder, himself, to be one of his right-hand people.

The crux of this 299 page paperback centres upon artificial intelligence, specifically an advanced AI that Ryder has developed. In the Pathfinder’s opinion, it’s what will help humanity bridge the gap between it and the more advanced species of the galaxy, and will be instrumental in helping them develop the Andromeda project after traveling to their new galactic destination. The problem is that he’s not the only one who thinks so, resulting in the code being stolen.

With the help of her implanted AI, code-named SAM-E (or Sammy), Cora is put in charge of finding the culprit and returning the advanced program to its rightful owner. After all, if it were to fall into the wrong hands, the repercussions would be devastating. And that’s what most of this book is about: Cora going from one place to another, while trying to unravel the mystery of who stole the AI. I could say more, but it would spoil the story for those with interest.

Although a few interesting things happen in Initiation, there’s not enough depth to it to make it memorable, or keep the reader wanting more. At least, that was the case with me. Of course, I’m not the world’s biggest Mass Effect fan, so there’s that. Still, I went into this thing with an open mind and wanted to like it even more than I’d enjoyed the Dishonored book. It just wasn’t that good.

The story found inside of these printed upon pages is devoid of a good hook, or anything to really make you want to know more. The AI is interesting, but it isn’t given enough depth or intrigue to make it enough for a full length novel to focus on. Nor is Cora all that interesting, despite the writers’ attempts to make her feel like a complex human being. Alec Ryder is the same, and in the chapters that focus on him, he doesn’t offer much in the way of depth or personality.

Truth be told, it was difficult to care about these characters, much like it was when I played the game and – after a while – had to force myself to continue on until the credits rolled. These people just aren’t that interesting, nor are they developed enough to be likeable or memorable. They’re not deep or mysterious, or even colourful enough to build a book around. Nor does this novel do enough to make them that way.

The writing, itself, varied. At times, it was decent, but there were some rough areas. From what I’ve heard about N.K. Jemison, this isn’t the best example of her talent. Even then, I expected more from it given her success and related awards. The writing is fine, overall, but it’s really not anything that stands out.

Overall, though I wanted to enjoy and be able to wholeheartedly recommend Mass Effect: Andromeda – Initiation, by N.K. Jemison and Mac Walters, I cannot. Despite going in with an open mind, I had a hard time getting into this book and found that I had to force myself to complete it. It’s too bad, because this particular book had some pedigree behind it.

**This review is based on a copy of the book that we were provided with.** 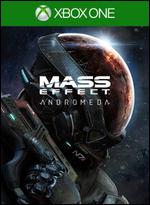