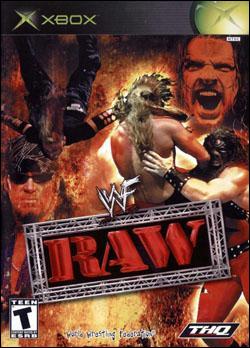 August 23, 2001
No place is safe from the grasp of the wrestling phenomenon. And now, Xbox is no exception. THQ, makers of the hugely successful Nintendo 64 games Wrestlemania 2000 and No Mercy, have brought their genius and teamed up with Anchor Inc., creators of Ultimate Fighting Championship to bring one of the most promising wrestling titles to date. While many details about the game are sparse, THQ has announced a roster of over 35 wrestlers, an extensive create-a-wrestler option, and multiple rings and arenas. While THQ is keeping tight lipped about the final roster of wrestlers, many videos and pictures have been released showcasing so far a cast of Undertaker, Kane, Stone Cold Steve Austin, The Rock, Kurt Angle, Chris Jericho, Chyna, & Triple H.


As for options, THQ seems to have pulled out all the stops as they have promised realistic damage, numerous weapons, and over 10 backstage areas for you and your best buds to duke it out in. A few specialty matches have been announced, as THQ wants the final game to be the best it can be, Survivor Series & Royal Rumbles have been announced.


From the videos that have been released, it looks to run at 60fps, with no signs of slowdown. The pictures that were released show a great deal of detail which we have all come to expect from the THQ line of games. THQ has also stated that they will recreate all the wrestlers entrances faithfully complete with pyro and music, and even the infamous Titan Tron videos. While it's still to early to completely tell, if Anchor Inc. and THQ continue their legacy, we can all expect great things.