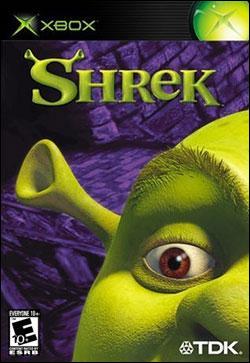 September 30, 2001
Perhaps one of the most underestimated titles for the xbox so far, Shrek, in my eyes, looks to be one of the many promising titles for the xbox. If you havent seen the movie, Shrek goes on a quest to save a princess and ends up falling in love with her. Staying true to the movie, the locales and characters will be lushly animated and colored to make to be immersed with the world of Shrek. Utilizing bump-mapping to the max, Shrek looks to yet again push the boundaries of another feature of the graphics chipset. While details about this game are sparse, Shrek looks to go for the 3rd person tomb raider esque view, while using much of his signature vulgarity & humor which includes farts, burps, fire breathing, fart jumping, punches, grabs, & kicks. I'm also assuming voices will also be the same from the movie.

In early screens and E3 footage, shrek was running at a low rez due to lack of final hardware, which has all been cleared up. At E3 it was stressed that it wasnt running on final hardware and once they recieved the hardware it would be pumped up and optimized for xbox. The game itself was full of color and very bouncy in speed, it easily rivals any of nintendo's cartoony games.


Even if it has been drastically underestimated, keep an eye on this one to see it evolve into what could be Xbox's first ground breaking adventure game.