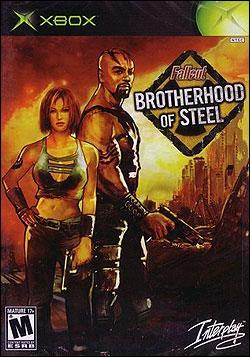 Fallout: Brotherhood of Steel takes place in a post apocalyptic wasteland after nuclear war devastates the world sometime after the 1950?s. From the poisonous air and mutated creatures roaming the earth, people are moving into underground vaults to survive while the others who choose to remain on the surface are struggling for survival in a wasteland with no law. From this hellish future spawn Mutants, armies of giants devastating humanity and adding to the growing danger of the wastelands as each day passes. Through this all, a small group known as the Brotherhood, helps maintain order and keep the mutants at bay. This is our future, what can you do to make a change.

Fallout BOS is an Action/RPG using the exact same game play as one of Interplays other titles, Baldur?s Gate Dark Alliance. You can work your way through this adventure as one of three characters, Nadia, Cyrus and Cain. Utilizing the 3rd person overhead view and directional map to guide you, you are set on basic quests that branch out in many directions, from the mundane like finding the local hookers cat, to taking on a warehouse full of mutant rats and scorpions. Unfortunately the quests are all too familiar, fans of Baldur?s Gate will notice the uncanny similarity right from the get go, so much for originality. Your choices dictate were and what you will find and how your character will benefit from it, ala point system for upgrades ranging from bartering powers to melee boosts, again, the interface for all of this is all to familiar.

For those of you who may not have played Baldur?s Gate, and Fallout is your first venture into this genre, the game play is very simple to master and pick up. Controls are well laid out and it?s extremely easy to cycle through weapons on the fly as well as popping a health restoring injection when needed. Complete your quests while defeating enemies along the way, mutants of a wide variety, working your way through mazes of buildings, corridors and caves. Destroy boxes and crates as you come across them uncovering goodies that may boost your chances of survival. Some levels offer a slightly greater challenge with obstacles, basically an elaborate puzzle or maze that leads you to a switch or other device, or goodies found off the beaten path. As you defeat enemies you gain experience points which will reward you with level ups to your character. Characters can be designed to your specifications, as in many RPG?s you can dictate your characters forte?, cunning with the gift of gab or go with brute strength, it?s entirely up to you.

You also accumulate ?Caps? which is the currency in the Fallout universe, caps can be spent on anything from weapons, armor, drinks at the bar and even a rendezvous with the local ?Woman of the night? complete with a fade to black and interesting sounds and comments. The areas in the game are pretty sizable and the array of weapons and customization are nice, but before too long the game becomes very repetitive and ultimately becomes a ?hack n? slash? of sorts, while earlier titles were original and fun, Fallout seems like an old car with a new coat of paint.

The one thing that does set Fallout apart from its similar sister is the ?M? rating. Now I do understand why games get this rating, and I have to say that in this case it seems like the developers were going for shock value rather than it being a part of the game. ?F? bombs are dropped left and right, profanity is the norm and I have to admit paying the hooker for a good time was different, not to mention, if your character is a woman she responds accordingly. Yes, Fallout is supposed to be a gritty, wasteland, with a Road Warrior feel to it, but it doesn?t pull it off. If it did, the language and such would have added to the experience, but as it stands, it just seems to be tossed in for effect and not much else.

I?m sure some may like Fallout: Brotherhood of Steel, but for me it was dejavu. Been there done that, and as much as I truly hate comparing games when doing a review, I?ll leave you with this final example. In Baldur?s Gate DA, your first quest to get the key to unlock whatever is to rid the cellar of rats. In Fallout your first quest as you roll into town is from the mayor, who will give you a key after you rid a warehouse of scorpions. Not to mention the levels are also just mazes that just wind you around and around just like you know who. I wanted Fallout to be good, I love Road Warrior type stuff, and as much as I hate to say it?Fallout is Baldur?s Gate in disguise.

Graphically Fallout doesn?t set the standards for anything, same old same old here folks. Absolutely nothing new from the developers here except the two headed cows that roam around the wasteland. Yes they get the dirty dingy thing working pretty well, but not enough to save this title.

Dolby Digital is a plus in the sound department, but again, nothing new and or exciting. The dialogue and comments are repetitive and bland, and the never ending cycle of comments during questioning with key AI is annoying.

Suggestions:
My advice to the developers would be to broaden their horizons and come up with something a little more original, or if you?re going to repaint an old car, disguise it better. It just doesn?t seem a lot of effort went into this one. 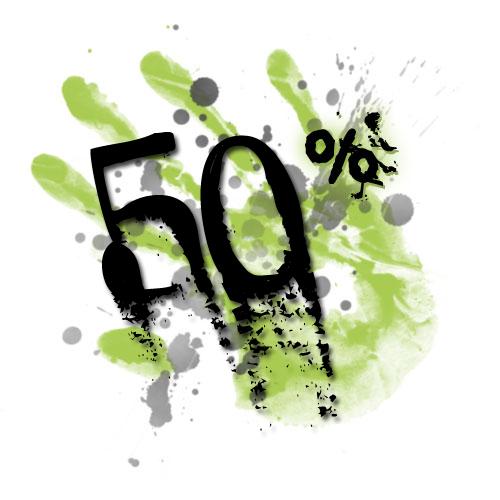