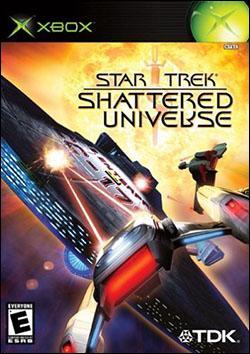 TDK Mediactive and Starsphere is the latest publisher/developer to release a game with Star Trek in the title. Most know that Star Trek games are either a hit or a miss, with more misses than hits. TDK Mediactive and Starsphere teamed up to make a Star Trek game based on an original series episode called ?Mirror, Mirror?. ?Mirror, Mirror? was the episode that the Federation was evil and the Klingons were the good guys.


Starsphere elaborated on this episode and did a ?what if?? with Captain Sulu and the Excelsior and Commander Chekov commanding the Enterprise, which I thought was decommissioned at the end of Star Trek VI, again this is a ?what if...?. Star Trek: Shattered Universe was born. Shattered Universe?s warp core breached on arrival with a substandard plot, poor gameplay, mediocre graphics, and humiliating voice acting from two Star Trek icons. Pass this game by, Trekkies may want to play it for the Trek aspect of it, but use the money to buy a DVD or better Star Trek game. Throw this one in the bad Trek game pile.

You are no name pilot under the command of Captain Sulu, voiced by George Takei. The Excelsior is called to the rescue of the Enterprise, commanded by Chekov and voiced by Walter Koenig, which is caught in a space anomaly. The rescue goes wrong and both the Enterprise and Excelsior are pushed to the other side of the anomaly. Suddenly you and Sulu are on the other size looking down the barrels of the Enterprise. Evil Chekov is out to destroy Sulu and the Excelsior. Sulu and crew are aware that things have changed around them when they went through the anomaly, but haven?t affected their memory. Not fazed by the Enterprise?s threats, Sulu commands you to defend the Excelsior in your fighter. This kind of reminds me of the old Star Wars X-Wing and Tie Fighter games, fighters defend capitol ships. Eventually you are victorious and fend off the Enterprises? attacks. Thus this begins the trek for Sulu to get his crew back to their normal universe, going from one tedious battle to another with pointless additional task to survive in the alternate universe.


Sulu sends you out on 19 missions to, for the most part, defend the Excelsior. You start out in a stock fighter brought over from the normal universe. As you go, you can get up to 25 different fighters ranging from stolen alternate universe fighters to Klingon and Romulan fighters. All fighters have the same basic weapons, phasers, bolt weapon which is a short phaser burst, and photon torpedoes. Phasers are going to be the only weapons you will probably use during small fighter combat since the targeting system isn?t advance enough to get a lock on your target. The only time you will use your photons is when you are attacking a capitol ship. Targeting systems are poor and you never lock on to a target with your weapons. Targeting certain systems of your enemies would make me feel like I?m actually trying to accomplish something instead of flying and shoot??.flying and shoot??take damage??.flying and shoot. Determining if your target is difficult because the HUD shows enemies targeted as a green ship with a revolving red halo, friendly targets, green ship with a green halo. The green ship in the targeting area shows the current state of the targets hull. The ?sensors? are of no help. Sensors only show ships and nothing else like planets or asteroids which can make battles difficult running in to objects you can?t see. Speaking of objects you can?t see, the ?sensor? map is very tiny, so it?s pretty much useless. Piloting your ship really feels like you aren?t going anywhere, even when you have an object in your sights you feel stationary and movements seem like you zoom in, zoom out. This makes the gameplay stale and you quickly lose interest in Shattered Universe. Thrusting around during battles is all the maneuvering you can do. It?s more green light, red light flying. Nothing you can do will make piloting these fighters interesting. It would be nice to have controls over all your systems, boost your shields, more power to the engines, something to break the mind numbing gameplay. Control over your allies would have made a big difference since you are not the only fighter Excelsior has. Having the ability to tell them to cover your !&%$@#* or attack this target would make a huge difference in this space sim.


The missions are not any better. You will have to defend the Excelsior the majority of the time. Endless squads of fighters, I mean ENDLESS. There are missions that will take 30 minutes or more to complete. The mindless AI doesn?t help too much. Fighters and Capitol ships will target either you or the Excelsior. Most of the time they will not come close to hitting you with their weapons, but there are time where they can?t miss and knock you silly. Usually that happens near the end of a mission or when your objective is coming close to completion. This can be really frustrating because you will go deep in to a mission and get destroyed by an AI that has been able to touch the whole mission. Fighters will just circle you in a programmed pattern, stop, turn around and fly right towards you and then do it again and again. The constant waves of fighters take away from any other objectives you may have. Battles become more of an irritation than anything, same thing over and over and over and over and over again.

Graphically, Shattered Universe looks great, till you start playing the game. Then you see the true beast behind the beauty. The CG cutscenes look more like claymations than CG. Cutscenes are supposed to help tell the story, but this makes you think, ?Gosh, that looks horrible?. Capitol ships look great till you start going in to battles. They look like stationary backgrounds in space and rarely move during combat. Battle damage is cool but not when other parts of the ship take damage that you aren?t even shooting at. Being able to target a part of the ship and blowing a hole through the bridge would have been an added benefit. Explosions are just a big bright light and nothing special, there is no debris left behind. But you will have to haul !&%$@#* away from the ship before it blows or your fighter will be destroyed. Your fighter can take a lot of damage, but it doesn?t show. Enemy fighters will start venting plasma at least, but even they don?t show any damage till they explode.

George Takei and Walter Koenig doing their own voice acting is the only high point of this game. Fans of Star Trek love these two guys; it?s a shame that they are involved with this title. Their performance in this game keeps me from taking a sledgehammer to the Shattered Universe DVD.


In battle sounds; phasers, shield hits, explosions are dull and eh. With all the Trek material out there to base a game on, you think sounds from the Trek shows or movies could be used in a game like this.

The soundtrack is Trek-like. During the CG, the soundtrack adds the Trek flair for a stick situation. In game battles, the sound track is muffled by the constant button mashing of your controller.


Suggestions:
Starsphere needs to either watch the Trek series and movies, or catch a clue they are just like many other developers out there that failed to use the Star Trek genre to make a decent game. With all the material out there, how can in game stories be so bad? Take notes from the Star Wars X-Wing series if you want make a fighter based Star Trek game and mix it with the best Star Trek flight sim, Bridge Commander, and you might have a game worth playing. 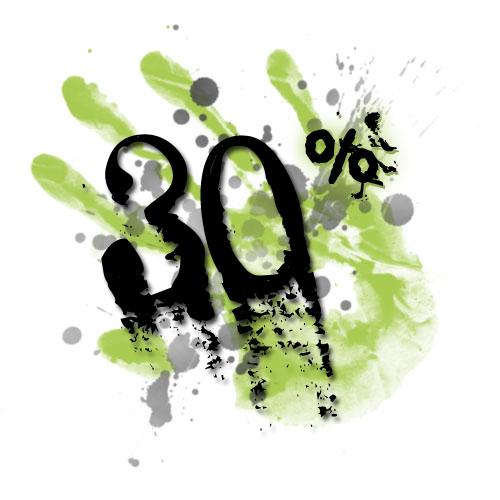