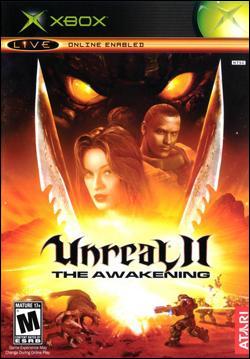 I have always been a fan of first person shooter video games. It probably all started when a friend of mine introduced an aspiring video game addict to a simple program called Wolfenstein 3D. After about five hours and one rather large, splitting headache later, I was hooked on a new drug called the FPS. So when I was told that I was going to review Unreal II, I was excited. Sure, the previous Unreal game for Xbox had a whole bag full of problems, but surely the developers would take these minor setbacks into account and create something new and great. Now, I have yet to play Unreal II on PC, but I hope it doesn?t have as many negative issues that its Xbox counterpart has.


Before I get to the game itself, I?d like to teach every reader a quick lesson. Don?t freak out, this isn?t like a school lecture, but its one of those life lessons that usually causes pain in order to learn said lesson. The good news is that I am going to teach you the same lesson and you won?t feel any pain (and believe me it hurt like a swift boot right in the wrong part of town). Anyway, here is the story. I go into my local video game store (or my dealer as us addicts refer to them as) and I inquire about a copy of Unreal II, which had been released the previous day. The clerk informed me that he had ?good? news. ?We actually have a used copy,? he tells me. Nothing is better then getting a new game for cheap, so I told him that I?d take it. It was then that I saw that the used copy he had talked about had several twin siblings living in the used game area?eight to be exact. Eight used copies of a game that had come out less then twenty-four hours ago. DANGER, WILL ROBINSON, DANGER! Only thing that kept me from telling the clerk ?no thanks? was the fact that I had committed to doing this review, so I took it. Anyone else who finds themselves in that situation should seriously reconsider their purchase. Lesson ends.


Nonetheless, I ventured on. Okay, here comes the first load screen. It?s?still loading. We continue to load. I feel my life slipping away. Finally, after close to a minute I get to hit the start button and select what game I want to play and the difficulty level. Oh boy, time for some more loading. Another minute has past, and we arrive at the first cut scene. This is going to be a very long night.

Here?s the basic rundown on the Unreal II story. You take on the role of John Denton, and former Marine-like soldier who has been busted down to the intergalactic equivalent of a traffic cop with a burning desire to get back into action. So while you?re in the middle of your routine patrol, you respond to a call for help, a call that would lead you to the action you so desperately sought. Oh, but not to worry, you won?t be all alone. Aided by your crew of able bodied (and freakin? useless) partners, you just might succeed and live to see tomorrow. In translation, the story is filled with bad action flick clich?s and no real story. The only difference is instead of the rough, tough detective losing his badge and getting brought back into service when no other option seems available, you get to be a rough, tough Marine who is called back into service because you happened to be at the right place at the wrong time. And the biggest similarity with those action flicks?Unreal II is just as clich?d and hallow. I lost interest in the storyline after about five minutes of terrible cut scenes. ?Just let me shoot things,? I found myself shouting at the screen every ten minutes. Time to wait through some more annoying load times, then perhaps I can finally do something other then sit back, watch and listen.


Finally, I have control. If you?ve ever played a first person shooter on the Xbox before, then the controls will seem very familiar. First thing you need to do is make your way to the practice facility for the usual button training. On the way there I discovered the first thing I liked about this game: you can fall from very high places. What is so great about this? After the fall, the screen will focus above your character that appears to try to crawl away before the reality that he has just fallen from a twenty story opening sets in. You don?t actually see him expire, but it is pretty funny to think that after falling such a distance someone would not only still be breathing, but would try to crawl away. I know that if I survived such a fall, I?d just lay there and wait for the medics or something.


Once my character had reached the training facility, I still had some faith that things could turn around. After going through basic training, it was time to fight the teacher. As I entered the room and ran towards the teacher with guns blazing, my biggest fear about the game manifested: the frame rate problems from the first Unreal game had returned with a vengeance. Along with that, the graphics in fight mode left much to be desired. Someone in the forums wrote about ?dummied down graphics? to describe this game. That, my friends, is the understatement of the year (so far). Finally, training is over and it is time to put the hurt on some bad guys?after some more really long load times.

To make a long story short, after another minute of load time, five minutes of boring cut scenes and another minute or two of load time, it was time to go crazy (not in a good way). Once I encountered my first swarm of enemies, I came to a few conclusions. First, the frame rate might very well be worse then it was in the previous installment. Second, the graphics are just plain sad. Third, the A.I. of my opponents was just pathetic. I stood all of six inches from a rather ugly gentleman who was carrying an extremely large gun, and after close to thirty straight seconds of shooting he still hadn?t come even close to hitting me. When I finally pulled out my standard pistol-type gun and put him out of his misery, I really wished I had the ability to put that gun in my character?s mouth and pull the trigger. Alas, no dice on the self execution front, and I ventured on in search of a large building or cliff to jump off of.


After about another hour of seemingly meaningless single player action, I realized that maybe the problem was that I am investing too much in the story game when I should be playing others online. So I jumped onto Live in the hope that maybe something will finally make me enjoy this game (something other then taking headers off of tall buildings and cliffs). After playing for about two hours, I had reached the conclusion that I would rather be playing any other first person shooter online at that moment. Unreal II brings absolutely nothing new to the table in the way of online FPS games (accept for maybe the worst frame rate of an online FPS). Lack of map selection and weapons are the main problem. Without that variety, players have no reason to play more then a couple of games. Content downloads (or patches) could solve this problem, but I this would just fix a leaking !&%$@#* with a bandage. However, gamers who have never played a FPS online before might find some enjoyment here.


So let?s take a brief look at all the aspects of the game. Graphically speaking, this title is just not taking advantage of the Xbox?s power. Scenery shots look good, but you can really see the downfalls when you get up close and personal with a band of villains. Like I said earlier, I haven?t played the PC version, but I hope for the sake of sales, the game looks a whole lot better. Sound like?history class in high school. The voices are some of the most dull, emotionless and mind-numbing in recent gaming history. I totally blame this bland, flavorless soundtrack for the minute long naps I took during game play. Speaking of pain, whoever wrote this script really needs to make a public apology. Clich? piled on clich? is the only way to describe this story. I?m not even sure why they even bothered with a story to begin with. I think everyone would have just accepted the words ?Go Shoot Bad Guys? appearing at the beginning and that being the end of it. Finally, add more weapons and some more maps to the Live mode to make this a competitor in the war of FPS games. Perhaps this isn?t such a good buy for experienced FPS players, but Unreal II could act as a learning tool for those who have never played a FPS before and want to know what it?s all about. The training is some of the most user friendly out there and the player won?t be bombarded with countless enemies with near genius A.I. So if you, or someone you know, is looking to ease your way into the world of FPS gaming, then check out Unreal II for Xbox. 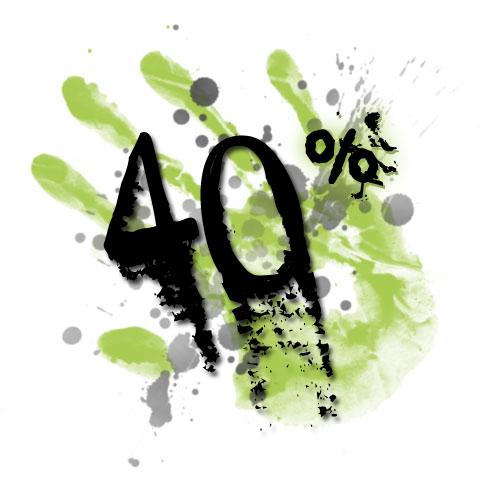