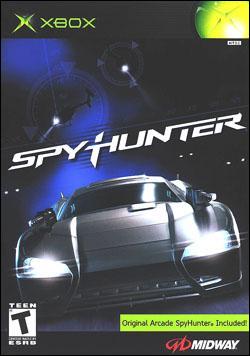 Spy Hunter was not my favorite aracade game, but I did have fond memories of playing it in the aracdes when I was much younger. So when this newly updated 3-D version hit the stores for the Xbox I was intrigued, but I held out buying it until it became a Platinum Hit selection for $20, and I'm definately glad I didn't waste $50 on this disappointing game.

I call Spy Hunter disappointing because it could have easily been so much better. It looks good, and the car is definately cool...it goes from boat to car instantly and has enough gadgets to make James Bond drool. But, the game goes wrong in the gameplay category. The missions are set up to be frustrating. You have to finish all the objectives in each mission in one shot, or you start the WHOLE thing over again. This can get very frustrating in some levels, and you'll find yourself playing some over and over again just to get to the next. There can be a fine line between being challenging and being too frustrating, but Spy Hunter manages to smash well past that line. It is a rare occassion for me to use a cheat code to complete a game, but I did so on this one so that I could finally play the old 2-D aracde version. I found I had more fun playing the old version.

Spy Hunter looks good. The cars and environments all look nice, which made it that much more frustrating, because with better designed gameplay this could have been a very solid title.

It has the classic Spy Hunter theme, which was a nice addition. I would have liked custom soundtracks, but everything else was good.