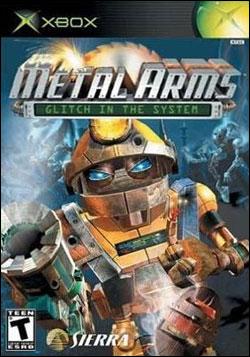 Comical, Fun and fast passed. Those are the best words to describe Metal Arms: Glitch in the System. Born from scrap metal, Glitch, the fearless, diminutive bot from Droid City is out to save his world from the evil General Corrosive and his Mil bots. Unleash all of your powers and work your way through this fantastic adventure utilizing not only weapons, but vehicles and some of the most interesting gizmos this side of the galaxy. With tight controls and stunning visuals Metal Arms packs a punch and is very difficult to put down. Mario beware, theirs a new sheriff in town and his name is Glitch.

From the minute I played the demo of this game I was hooked. Although slightly linear Metal Arms does give you so much to do and so many ways of doing it that it doesn?t matter. Obviously, you are Glitch, a smallish robot who you are introduced to in a super funny intro scene and then you head off into the Droid Mines on your adventure. You start with a little bit of basic training, and then you are off to blast all the bad guys with your Mining Laser. The controls are well laid out and responsive, the inventory system is right at your fingertips and easy to access. Halo-like would be an accurate description and I?m sure that makes quite a few gamers happy.

Just about everything in Metal Arms is destructible, stray fire causes just as much damage as a direct hit, enemy bots can be dismembered and yet their legs will still be tooling around waiting to meet there maker, conversely, shoot out a leg and watch them lumber around mercilessly. Destroying body parts is just as effective as total destruction, aiming for the limbs is a good tactic when confronted with larger enemies, effecting there movement and targeting. When enemies are destroyed you are treated to a shower of parts flying and smoldering on the ground, and collectable washers that can be used to purchase upgrades.

As you work your way thru the adventure, not only does the story get funnier but Glitch?s power packed weaponry gets better and more interesting, the best being the Control Tether, which is a challenge to use but when mastered you can become your enemy and control it?s actions and abilities utilize them as you see fit, hovering and flying are always a good thing. All the goodies, power ups and bigger, better weapons are hidden all over the maps, including ammo and a variety of grenades. Not only do you get all the cool gadgets but you get some equally cool vehicles to run with including a tank and a unique hovercraft sporting giant pincers, great for picking up and tossing baddies into, well, bad places. Metal Arms also does a good job of varying the action from run and gun to one on one battles, by land and air, tanks and hovercrafts just to keep things interesting and fresh.

All in all Metal Arms delivers in spades, it?s fun, entertaining, and with all of this sprawled over 42 levels and 14 multiplayer maps there is very little more you can ask of a game. The story also does a good job of flowing with the game play and refuses to become just a backdrop and disappear by the end. I know many think cute and polished can only get you so far, but Metal Arms is all about the awesome game play and intense action. If you?re any kind of gamer, you need to give Glitch a run, you won?t be disappointed.

Graphically Metal Arms doesn?t loose any steam, well detailed areas and character are everywhere. Fantastic lighting effects set the mood in the mines as you tool around by only the light from your helmet. The effects are just as gratifying, explosions, as I mentioned earlier, just explode onto the screen in vibrant color and accurate flames and smoke as parts lay smoldering on the ground around you. Laser fire and ricochet points are sweet and leave the marking to prove the impact, nice attention to detail. Well textured surfaces keep with the ?UMPH? the Xbox can deliver and the HDTV 480p capabilities round off the visual package.

Metal Arms isn?t done yet?The audio department shows the same polish the rest of the game does, the in game Dolby Digital sucks you into the action as you marvel at the explosions, echo?s, and sounds of the Metal Arms world surrounding you. The dialogue is well thought out to keep the story moving and at times just the right amount of comic relief to defuse intense situations; I would recommend not skipping the intro for a good laugh. Cap it all off with a nice mixture of ambient sounds and background music that suits every move and you have a pretty solid effort.

Suggestions:
My only gripe is a usual one...Perfection with Live capabilities and system link. 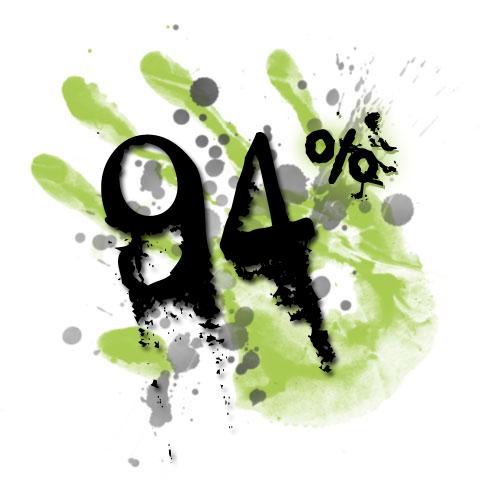