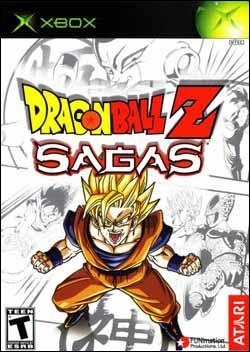 Overall: I thought this one will bring me fun when they announce there are coop-mode so i can play with my friend but is just so blank game.
Gameplay: You can control Goku or any allies when the mission need to take abother one with you. The story is the same as always: Goku's story. YOu fight your way through some levels and use coins to buy new moves or powers to deal more damage to your ennemies.
Graphics: Visual aren't spectacular since is cel-shaded graphics. The voice-acting is bad cause you can't see they are talking since their mouth isn't open each time they say something.
Sound: Soud aren't great too, nothign new in a game of Dragonballz. Sometime i get really bored myself that i turn it off completely.

Overall: This game is BAAAAAAAD. You'd think it would be fun to build up the character and earn all these tihngs to make him better but it gets so boring because theres so little you can do. I played this cause I was bored and had nothing else to play and it couldn't even hold my attention. I really don't recommend this even to rent. Wait til they release something new.
Gameplay: This game is so !&%$@#* short it's amazing. I didn't even play it that long cause I grew bored but I was nearing the end in only a few hours. The fighting was ok but there wasn't much to it. You only had a few moves to do and when flying you couldn't even go up and down. How boring is that. You can fly but only forwards and backwards... you might was well run, at least you can jump then.
Graphics: Visually I think it looks ok. The 3D and bright colors suited DBZ but still it looked almost too babyish. They could have made it look better with cell shading which does at a bit to games rather than everything all round and bubbly.
Sound: The sound was ok. Everything went well but it was the same old punch, kick, etc. sounds. The voices were good however and sounded very close to the shows. But, in the end the sound doesn't really add anything exciting to the game.