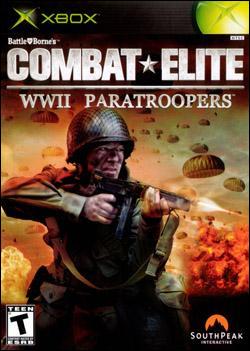 World War II. June 6, 1944 - D-Day - The downfall of Nazi Germany’s occupation of Europe begins with the Allied invasion of France. The campaign is supported by more than 17,000 U.S. and British paratroopers, dropped behind enemy lines prior to the assault on the beaches of Normandy. These brave troops pave the way for the Allies by attacking the German forces from inside occupied Europe, fighting their way through enemy territory to thwart the Nazi war machine from within. Their battles lead them through rolling hills, open plains, small farms and war-torn cities throughout France, Holland and Belgium.
Battleborne Suing Acclaim
Battleborne, the developers behind Combat Elite: WWII Paratroopers, are seeking an injunction to prevent Acclaim from releasing the game.
Combat Elite Coming To Xbox
Acclaim announces today Combat Elite: WWII Paratroopers for the Xbox.