As a member of the ultra-secret H.A.W.X. 2 squadron, the player is one of the chosen few, one of the truly elite. Using finely honed reflexes, bleeding-edge technology and ultra-sophisticated aircraft, gamers will dominate the skies. Developed by Ubisoft Bucharest, Tom Clancy’s H.A.W.X. 2 is scheduled to ship fall 2010.

About the Game
DEVASTATE YOUR ENEMIES WITH PROTOTYPE TECHNOLOGY
Use all your skills to command an astonishing array of cutting-edge technology and overwhelming firepower, delivered by tomorrow’s finest combat aircraft. From the F-35’s vectored thrust capability to the ultra-secret Enhanced Reality System, you’ll light up the skies with a suite of experimental technology available only to a chosen few.

GET UP CLOSE AND PERSONAL TO THE WAR OF TOMORROW
See the enemy’s canopy shatter as your cannon shreds his aircraft. Feel the thundering impact of your laser-guided bombs as you roar close overhead. War may not be pretty, but it sure looks impressive.

PROVE YOUR METTLE ABOVE THE WORLD’S MOST FAMOUS LOCATIONS
From Moscow to the Persian Gulf, from the Arctic Circle to the Indian Ocean, actual high-resolution GeoEyeTM commercial satellite imagery ensures an astonishing degree of realism.

AIR WARFARE BROUGHT TO THE NEXT LEVEL
Fly as an elite tactical aviator:
.. Go head-to-head in close-range dogfights
.. Take off and land on bases and carriers
.. Sweat through night precision bombing
.. Track your targets using silent UAV’s then strike from above
.. Use air-to-air refueling in the middle of missions

For ongoing updates about the game, please visit: http://hawxgame.com/ 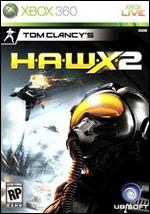