Rumors suggest that Microsoft could be readying a comeback for Project Gotham Racing. According to a "trusted source" that spoke with Develop, the platform holder is currently in talks with European developers in hopes of finding a replacement for series originator Bizarre Creations.
Bizarre whipped up the first Project Gotham Racing alongside the launch of the original Xbox back in 2001, as well as the three sequels that followed over the years. Then, shortly before the fourth PGR arrived on store shelves in 2007, Activision announced that it had purchased Bizarre and that PGR4 would be the company’s final release under Microsoft Game Studios.

Microsoft appears to have retained the rights to the Project Gotham intellectual property, however. If Develop’s source turns out to be on the level, then we may yet see a new PGR on the Xbox 360. We’ll keep you posted if anything else crops up. 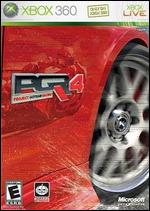