Guitar Hero ’gets the ax’

NEW YORK (AP) -- These days, guns are more popular than guitars, at least when it comes to video games. The company behind "Guitar Hero" said Wednesday that it is pulling the plug on one of the most influential video game titles of the new century.

Activision Blizzard Inc., which also produces the "Call of Duty" series, is ending the "Guitar Hero" franchise after a run of more than five years. The move follows Viacom Inc.’s decision in November to sell its money-losing unit behind the "Rock Band" video games. Harmonix was sold to an investment firm for an undisclosed sum. Harmonix, incidentally, was behind the first "Guitar Hero" game.

Game industry analysts have long lamented the "weakness in the music genre," as they call it - that is, the inability of game makers to drum up demand for the products after an initial surge in popularity in the mid-2000s. Music games are often more expensive than your typical shoot-’em-up game because they require guitars, microphones and other musical equipment. While extra songs can be purchased for download, this hasn’t been enough to keep the games profitable.

Activision’s shares tumbled after the announcement, but investors appear more concerned with the company’s disappointing revenue forecast than the demise of the rocker game. As far as investors go, discontinuing an unprofitable product isn’t the end of the world, even if "Guitar Hero" fans disagree.

"In retrospect it was a $3 billion or more business that everybody needed to buy, so they did, but they only needed to buy it once," said Wedbush Morgan analyst Michael Pachter. "It’s much like ’Wii Fit.’ Once you have it, you don’t need to buy another one."

"Guitar Hero" was iconic and often praised for getting a generation weaned on video games into music. But its end after a mere half a decade is a big contrast to other influential video game franchises, such as the 25-year-old Mario series from Nintendo. "Call of Duty" first launched in 2003, two years before "Guitar Hero."

In a conference call, Activision said its restructuring will mean the loss of about 500 jobs in its Activision Publishing business, which has about 7,000 employees. But the company’s overall work force numbers are not going to change much because it is hiring people elsewhere.

Activision did better than expected in the fourth quarter, which ended in December, but that already was anticipated. After all, it launched "Call of Duty: Black Ops" in November. That game, which is mostly set during the Vietnam War, made $1 billion after just six weeks in stores. Its latest "World of Warcraft" game has also been doing well.

Bobby Kotick, Activision’s CEO, said the company’s big franchises "have larger audience bases than ever before and we continue to see significantly enhanced user activity and engagement for our expanding online communities." Revenue from so-called "digital channels" - that is, downloads, subscriptions and extra game content sold online - now accounts for 30 percent of the company’s total revenue.

Its adjusted earnings of 53 cents per share were better than last year’s 49 cents and beat analysts’ expectations of 51 cents, according to FactSet. Revenue that’s been adjusted to account for games with online components was $2.55 billion, up slightly from $2.50 billion a year earlier and above analysts’ $2.25 billion forecast.

Activision Blizzard also said its board authorized a new $1.5 billion stock buyback plan. And it declared an annual dividend of 16.5 cents, an increase of 10 percent from the dividend it issued in February 2010, its first ever.

Shares of the Santa Monica, Calif.-based company, which is majority-owned by France’s Vivendi SA, tumbled 87 cents, or 7.4 percent, to $10.82 in after-hours trading. The stock had closed the regular session down 19 cents at $11.69. 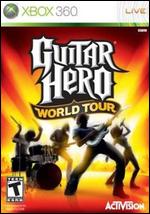