Have we seen the last of 38 Studios?

38 Studios was unable to make payroll this week, but is in the process of making the $1.125 million payment that set off the company’s crisis earlier this week. WPRI reports that a spokesperson for the Rhode Island Economic Development Corporation (RIEDC) did confirm that former Red Sox player Curt Schilling’s video game company was unable to pay its employees.

A source tells Joystiq that beyond not making payroll, all temps and contractors at 38 Studios were let go this week.

At the same time, Governor Lincoln Chafee’s office stated 38 Studios is in the process of making the overdue payment to the state. The head of the RIEDC, Keith Stokes, who approved the $75 million loan to 38 Studios in 2010, resigned late last night.

If 38 Studios does close, Rhode Island taxpayers will have to repay the $75 million bond (plus interest) through 2020, but they’ll own the intellectual property of the developer, which would likely be sold at auction.

If the company does make the payment to the state, the next round will be owed in 2013. Of course, there won’t be a 38 Studios much longer if it isn’t paying employees.

Update: The hand-delivered check for the overdue $1.125 million payment has been returned by the EDC to 38 Studios after the company’s chief financial officer said there were insufficient funds to cover it.

Update 2: Statement from the Office of Governor Lincoln D. Chafee: "A check from 38 Studios was hand-delivered to the Rhode Island Economic Development Corporation at approximately 5 o’clock this evening. However, upon learning from the Chief Financial Officer of 38 Studios that there were insufficient funds to cover the payment, the check was returned. The EDC remains willing to accept readily available funds." 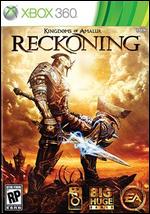