Crimson Dragon for Kinect LIVES ON!!!

Crimson Dragon, the Kinect shooter inspired by Panzer Dragoon, is still without an official release date. But it appears developer Grounding Inc is almost ready to show it off. A demo recently went up on Xbox Live in Japan, but has since been removed. Thankfully, one ardent fan was able to capture footage from the trial, giving us all a look at what to expect.

The video (via Joystiq) shows some tutorial and shooting bits up to the end of a stage, and not much else. The tutorial sections give a slightly better idea of how it controls, and whoever was standing in front of the Kinect was apparently adept enough to make it through the stage, so maybe this game will unlock the puzzle of quality Kinect controls. Maybe.

The footage can be viewed here. 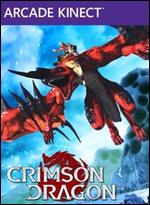 Xbox one no signal
Post by debrartin
0 Replies, 66309 Views