According to some leaked marketing materials, Watch Dogs is indeed a next-generation game – specifically, a game destined for "all home consoles." The marketing materials obtained by Kotaku and embedded past the break suggest that Watch Dogs will also be available during the holiday season later this year, which is in line with what we already know: a 2013 launch has always been the plan.

Ubisoft surprised everyone with their Watch Dogs announcement at last year’s E3, a demo which seemed to imply the game is destined for next-generation consoles. Ubisoft has provided no official comment outside of confirming the game is definitely coming to Xbox 360 and PS3. 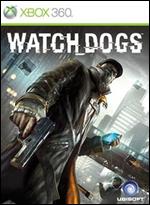