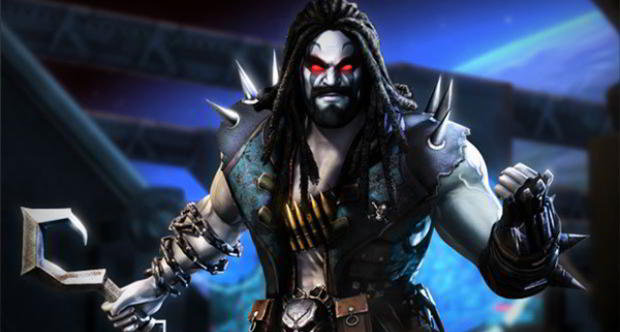 The DC universe brawler Injustice: Gods Among Us hit shelves yesterday, and developer NetherRealm Studios has already taken the wraps off its first DLC character, the maniacally self-centered offworlder, Lobo.

The character was unveiled by Ed Boon, NetherRealm’s creative director, who described Lobo as a "fast brawler who has amazing range with his chains." Boon made the announcement during thewrap-up show for the game’s Battle Arena fan-vote content.

No details were given on how Lobo’s story will play into Injustice’s "good heroes gone bad" story, or when the DLC will be released. Lobo will be the first of four DLC fighters coming as part of the game’s Season Pass, which sells for $15.