Durango is now officially "Xbox One" 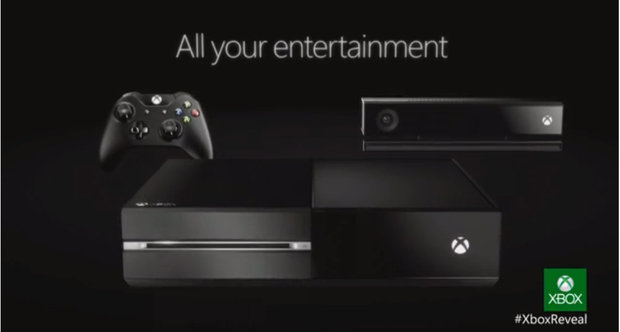 Today at Microsoft’s presentation, the company announced the Xbox One. Don Mattrick called it an "all in one system," and a sizzle reel accented its cloud capabilities, a new Kinect, and a revised "precision" controller.

During the presentation, we saw the Xbox turn on with a voice command, and immediately recognize the speaker. The home screen looked familiar, but Microsoft’s Yusuf Mehdi pointed out a few differences. They confirmed it as a cable box, and Mehdi simply said "live TV" to switch to the television input. He also showed "Instant Switching," which let him swap between TV, games, and music with voice commands. Further highlighting the multiple functions, he continued with "Snap Mode," which lets one function continue while browsing others. Finally, Mehdi showed the box running Skype to perform group video calls.

Moving onto TV functionality specifically, Mehdi showed ESPN functionality. He then went to the guide, which appeared similar to local TV listings. It let him browse with voice commands, and then responded to natural questions like "What’s on HBO?" A Favorites menu pinned content in one place, and a Trending menu shows what the Xbox Live community is watching.

The presentation then moved into hardware specs, including a 500GB HDD, 8GB of RAM, and an 8-core CPU. It will use Blu-ray discs, and 802.11n wireless, with USB 3.0 and HDMI in and out. It runs "three operating systems in one." One is the Xbox OS for access to the hardware, and a Windows OS for web applications. The third OS connects the two for "instant switching."

The new Kinect sensor is a 1080p HD RGB camera, with more than 2GBps data. It runs in 30 FPS, and Microsoft calls it "time of flight technology." A teaser video showed the more precision Kinect sensing, and promised that when you’re moving it will be able to read your heartbeat. The Kinect sensor is called the "binding power" between it and the other two input devices, the controller and SmartGlass.

The new controller will have an integrated battery, impulse triggers, wi-fi directed radio share, and a newly redesigned D-pad. The presentation also claimed that SmartGlass will be more closely integrated with the hardware since it was designed to be integrated from the start.