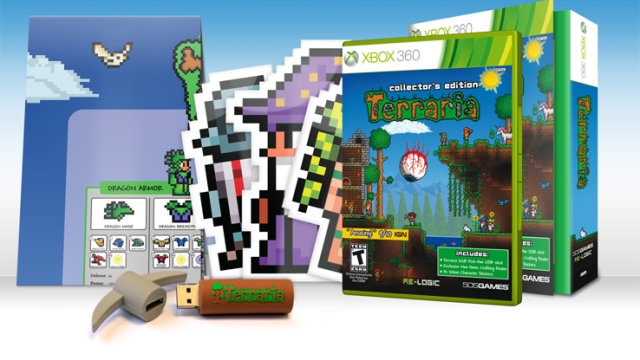 It looks like Terraria may be getting a physical release for PlayStation 3 and Xbox 360 in the form of a collector’s edition. Videogamesplus.ca shows a listing for Terraria Collector’s Edition on its website.  According to the retailer, the game will release on July 16 for $39.99 CDN.

The collector’s edition includes a USB flash drive, crafting map, and three character posters. The Xbox 360 version comes on a physical copy while the PS3 version is offered only as a digital download via a code.

Terraria is currently available for PC, XBLA, and PSN. A mobile version is slated for release this summer. 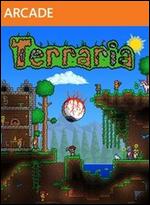