Xbox One final RAM specs will be improved 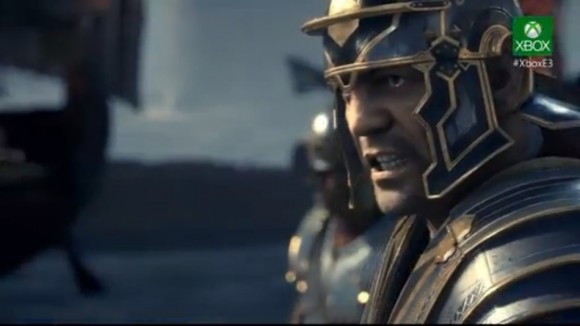 Well-placed development sources have told Digital Foundry that the ESRAM embedded memory within the Xbox One processor is considerably more capable than Microsoft envisaged during pre-production of the console, with data throughput levels up to 88 per cent higher in the final hardware.

Bandwidth is at a premium in the Xbox One owing to the slower DDR3 memory employed in the console, which does not compare favourably to the 8GB unified pool of GDDR5 in the PlayStation 4. The 32MB of "embedded static RAM" within the Xbox One processor aims to make up the difference, and was previously thought to sustain a peak theoretical throughput of 102GB/s - useful, but still some way behind the 176GB/s found in PlayStation 4’s RAM set-up. Now that close-to-final silicon is available, Microsoft has revised its own figures upwards significantly, telling developers that 192GB/s is now theoretically possible.

So how could Microsoft’s own internal tech teams have underestimated the capabilities of its own hardware by such a wide margin? Well, according to sources who have been briefed by Microsoft, the original bandwidth claim derives from a pretty basic calculation - 128 bytes per block multiplied by the GPU speed of 800MHz offers up the previous max throughput of 102.4GB/s. It’s believed that this calculation remains true for separate read/write operations from and to the ESRAM. However, with near-final production silicon, Microsoft techs have found that the hardware is capable of reading and writingsimultaneously. Apparently, there are spare processing cycle "holes" that can be utilised for additional operations. Theoretical peak performance is one thing, but in real-life scenarios it’s believed that 133GB/s throughput has been achieved with alpha transparency blending operations (FP16 x4).

The news doesn’t quite square with previous rumours suggesting that fabrication issues with the ESRAM component of the Xbox One processor had actually resulted in a downclock for the GPU, reducing its overall capabilities and widening the gulf between graphical components of the Xbox One and the PlayStation 4. While none of our sources are privy to any production woes Microsoft may or may not be experiencing with its processor, they are making actual Xbox One titles and have not been informed of any hit to performance brought on by production challenges. To the best of their knowledge, 800MHz remains the clock speed of the graphics component of the processor, and the main CPU is operating at the target 1.6GHz. In both respects, this represents parity with the PlayStation 4.

"Theoretical peak performance is one thing, but in real-life scenarios, it’s believed that 133GB/s throughput has been achieved with certain ESRAM operations."

Ryse: Son of Rome performance analysis, as it was displayed during the live gameplay demo at the Microsoft E3 press conference. Our information suggests that Microsoft continues to improve driver performance, so hopefully those dips beneath 30fps will be ironed out in the final game. Note that the final sequence is almost certainly pre-rendered, hence the rock-solid performance in a visually complex scene.

In terms of what this all means with regards multi-platform titles launching on both next-gen consoles, our information suggests that developers may be playing things rather conservatively for launch titles while dev tools are still being worked on. This is apparently more of an issue with Xbox One, where Microsoft developers are still in the process of bringing home very significant increases in performance from one release of the XDK development environment to the next. Our principal source suggests that performance targets are being set by game-makers and that the drivers should catch up with those targets sooner rather than later. Bearing in mind the stuttering performance we saw from some Xbox One titles at E3 such as Crytek’s Ryse (amongst others), this is clearly good news.

Our information suggests that Microsoft’s strategy with the Xbox One operating system and supporting software is to implement all the features first and then to aggressively pursue optimisation - a process that is ongoing and will continue beyond launch. As the performance levels of both next-gen consoles are something of a moving target at the moment, differences in multi-platform games may not become evident until developers are working with more mature tools and libraries. At that point it’s possible that we may see ambitious titles operating at a lower resolution on Xbox One compared to the PlayStation 4.

However, clearly it’s still early days, and right now these machines remain very much uncharted territory - even for those who’ve been working with prototype hardware for a long time. Microsoft tells developers that the ESRAM is designed for high-bandwidth graphics elements like shadowmaps, lightmaps, depth targets and render targets. But in a world where Killzone: Shadow Fall is utilising 800MB for render targets alone, how difficult will it be for developers to work with just 32MB of fast memory for similar functions? On the flipside, Xbox One’s powerful custom audio hardware - dubbed SHAPE (Scalable Hardware Audio Processing Engine) - should do a fantastic job for HD surround, a task that sucks up lots of CPU time on current-gen console. How does PS4 compare there? And just how much impact does the GDDR5 memory - great for graphics - have on CPU tasks compared to Xbox One’s lower-latency DDR3?

While next generation of consoles finally arrive in a matter of months, the launch games will have mostly been developed on incomplete hardware - a state of affairs that was blatantly obvious from titles seen so far. On paper, Sony retains a clear specs advantage, but it was difficult to see that reflected in the quality of the games at E3. Based on what we’re hearing about the approach to next-gen development, it could be quite some time before any on-paper advantage translates into an appreciably better experience on-screen.