Microsoft: â€˜Shame on Usâ€™ for Xbox One Messaging 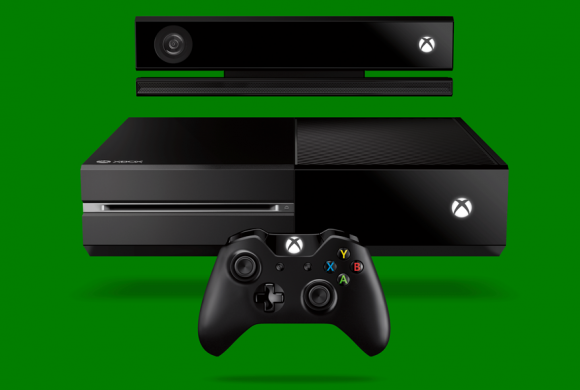 Xbox One chief product officer Marc Whitten has responded to the recent fan petition asking Microsoft to re-reverse their Xbox One policies. In an interview with IGN, Whitten lamented Microsoft’s back-and-forth messaging since May, admitting that the company still has a lot to work on when it comes to communicating with consumers.

“I think it’s pretty simple. We’ve got to just talk more, get people understanding what our system is,” Whitten told IGN. “The thing that’s really gratifying is that people are excited about the types of features that are possible, and it’s sort of shame on us that we haven’t done as good of a job as we can to make people feel like that’s where we’re headed.”

“The number one thing I want to do is I want to get the product out, because people are going to use it and obviously a lot of this is more evident, but certainly what I want to do right is now is talk more about how we thought about these features,” he continued. “How we thought about how Xbox Live works, how digital works. I see people feeling like we’ve moved away from digital, when certainly I don’t believe that’s the case. I believe we’ve added on choice for people. It was an addition of a feature onto Xbox One, not a removal of a feature. And I understand people see things like Family Sharing and they’re like, ‘Wow, I was really looking forward to that,’ which is more of an engineering reality time frame type-thing.”

As far as the petition, Whitten believes that kind of response is directly related to Microsoft’s recent ability to communicate its policies.

“What it tells me is we need to do more work to talk about what we’re doing because I think that we did something different than maybe how people are perceiving it,” he said. “When I read some of the things like that petition, from my perspective we took a lot of the feedback and, while Xbox One is built to be digital native, to have this amazing online experience, we realized people wanted some choice. They wanted what I like to call a bridge, sort of how they think about the world today using more digital stuff. What we did, we added to what the console can do by providing physical and offline modes in the console. It isn’t about moving away from what that digital vision is for the platform. It’s about adding that choice. Frankly, I think we need to just do more to let people see how the console works, what they’re going to be able to do for it. I think a lot of the things they’re wishing for are frankly there.”

On the subject of the removed Family Sharing feature, we asked Whitten if any kind of road map is in place to restore the ability to share your digital library with family and friends.

“If it’s something that people are really excited about and want, we’re going to make sure that we find the right way to bring it back,” Whitten said. “A ‘road map’ sort of implies more like ‘on date X it’s back’ than I think exists, but we believe really strongly in how you build a great experience on Xbox One for me as an individual, but also for my family. Family Sharing is a great example of how you do that with content. I think you’re going to see us, both with examples like that and with other things, keep pushing on how that’s something great. An example is some of the stuff we’re doing with what we announced around Gold, where other people in the house get the advantages of Gold when I’m a Gold member. You’re going to see us continue to push in those areas.”

“I probably should have been more clear,” Whitten said about his comments the day the feature was removed. “We took some feedback and realized there was some stuff we needed to add to the program. To add it to the program, we had to make room, just from a pure engineering perspective, to be able to get that work done. So taking Family Sharing out of the launch window was not about ‘we’re going to take our toys and go home’ or something like that. It was just sort of the logistics of ‘how do we get this very, very clear request that people really want, that choice, and how do we make sure we can do an excellent job of that, get to launch, and then be able to build a bunch of great features?’ In the future I think you’re going to see the ways that we change how you discover, how you consume, share, play. To me, this is the magic of digital. You know, if there’s anything I think that Xbox 360 has proven, it’s that we’re super committed to this constant cycle of improving the experience and the software, and it’s what we’ve been doing for 360 for the past seven years, and it’s certainly where we’re going to go with Xbox One.”

When asked if Family Sharing will be locked to particular regions if it returns, Whitten simply told us, “That wouldn’t be our intent. You know, there are different types of content and some of that content just isn’t licensed for certain areas, sometimes around video and sometimes with things like games, and that’s more up to publishers. But outside of that, we wouldn’t be putting any restrictions around it.”

Still, Whitten believes that fans are excited about Xbox One and that more and more positive responses continue to emerge.

“I feel like we have the best online gaming story that’s ever existed,” Whitten said. “When I look at how we built a system that’s built from the ground up to be amazing from a digital perspective, from being able to get updates and what we can do with the cloud and the cloud powering the experiences, to the way that you can switch between experiences, the way you can snap things together, what we’re doing with cloud achievements and challenges, I think people are going to really enjoy the experience. For us, with Xbox Live, we’ve spent the last more than a decade now really obsessing about what that play experience is. You look at things like how we’re thinking about reputation and how it impacts matchmaking or who gets into sessions, or how we’ve thought about things like Party Mode. For me that’s what makes Xbox special and that’s what’s really great about where we are with Xbox One.”

“There’s a lot I’m very proud about what we’ve done with Xbox One,” he continued. “The events were really good. The time we were walking around on stages, the things we were talking about, I think we got a lot of great reaction about the promise that comes from it. One of the things I think we learned was that we didn’t talk enough, and we were incomplete in a lot of how using the system would work. Because we weren’t participating in the conversation in a deep enough way, it got us sort of off cycle about how we talk about our program. I think we’ve learned a lot of lessons. And I think it’s something that you’re going to see a lot more from us, frankly, is engaging more with the community. I think it’s the number one thing I’d want to do if I went back, was have the conversation more open and more complete.”

More than anything, Whitten reiterated that he’s happy to receive feedback, both positive or negative.

“I’ll just say what I’ve said before: this is why I love this space,” he said. “Because there’s nothing like being able to get so much feedback from the things people like and the things people don’t like. It’s, to me, what makes this special. I just don’t even there’s a type of product or anything out there that’s like video games that generates this, and I love it. I think the key for us is, we love core gamers. They’re the people that have built Xbox and Xbox Live. That’s the place where we need to do a better job showing up, and we need to engage more. In fact, that’s what I love about things like the petition. It makes me want to put stuff like that up on our website and just engage much more directly in how do we have these more direct kinds of conversations with people. I think it makes us build better products. I think that’s the key in the end.”