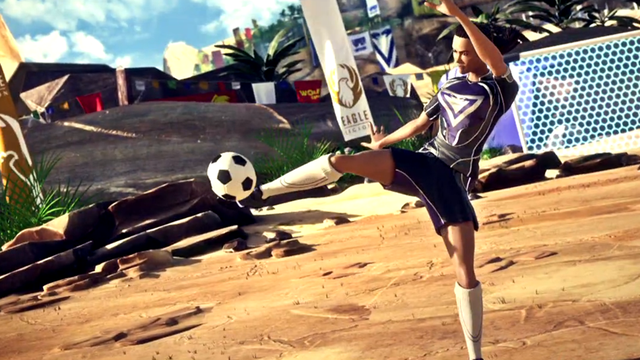 Okay, so Avatars are in...but are they going to look like this?

Microsoft’s Chief Xbox Platform Architect  Marc Whitten confirmed today that Avatars will still be very much a part of the next-generation on Xbox One, and will be there from launch.

He also suggested that our gamerpics will (or at least will have the potential to) look significantly better in terms of visual fidelity, due to the Kinect 2.0’s enhanced scanning abilities:

"...Your avatar will be on the system at launch and in fact, you’ll have some new options, including the ability to do full-body HD gamerpics. By the way, we should actually talk more about gamerpics too. We’ve moved from the 64x64 gamerpics on Xbox 360 to a full 1080p. They are beautiful, and you are going to see some really cool hero moments, like when you login to see personalized views of your games and other content."

Given that the recently announced and delayed Kinect Sports: Rivals (pictured above) has heavily suggested in its trailer that the Kinect will be able to scan players and create highly detailed and life-like caricatures of them for use in game, it seems to be a natural assumption that this technology could also be applied to your general Xbox One avatar as well.  Will avatars of the future continue to be adorable little Wii60s, more realistic visualizations of ourselves bordering on Splitting Image/Brink-ugly, something inbetween, or both?  Only time will tell.