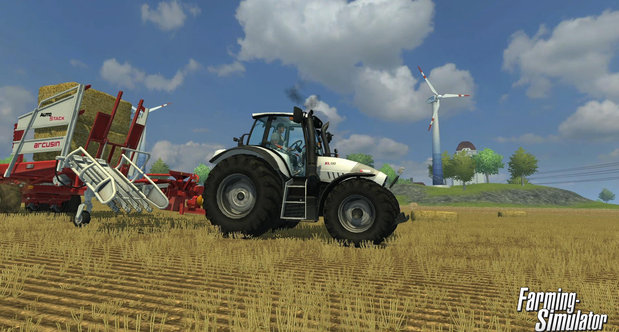 Farming Simulator on consoles has moved out of its somewhat nebulous September release window and put a stake in the ground for September 4. The console versions on PlayStation 3 and Xbox 360 will include a new fleet of vehicles and a new American environment.

The in-depth farming sim goes to great lengths to showcase modern farming, and your empire can eventually grow to massive proportions. If you’re going to Gamescom later this month, you can try it out for yourself. In the meantime, why not set a spell and check out the new trailer?