Killer Instinct will launch without Story Mode, available in 2014 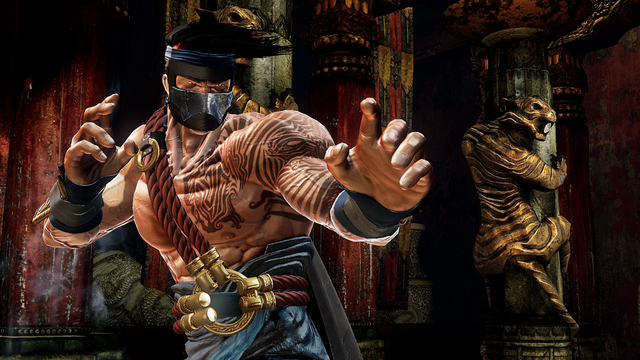 Creative director Ken Lobb guesses "February or March" is when the full roster of eight characters will be available and the story mode will become playable. "You have two choices," he explains. "$20. That gets you all eight characters and their colors. We have some unlocks, some more special than others." At launch, you’ll get the six launch characters, with the other two unlocking automatically when they become available.

"Then you have a $40 SKU, which is all eight characters, all that stuff, plus full different skins. Like, they look completely different...like, you get the original looking Jago [homage]." In addition, Lobb explains, the $40 bundle "the original Killer Instinct emulated. No online. We’re trying."

In 2014, Killer Instinct goes a little further with more content.

Killer Instinct will also have a "season two," Lobb tells IGN. DLC, he explained, "the idea is, we’ll have season two. Go out a year-ish, and just repeat the whole thing. It’s one game. So you can cherry pick from season two and play with season one, so it’s one ecosystem. It’s not sharded."

Lobb says, in an ideal world, this happens every year, "and we give you new stuff that fits into one game."

Characters, individually, will cost "$5, or the European equivalent," and if you decide you want to buy the rest, you’ll get a special discount to "top off" so you’re never spending more than $20 for the full roster.