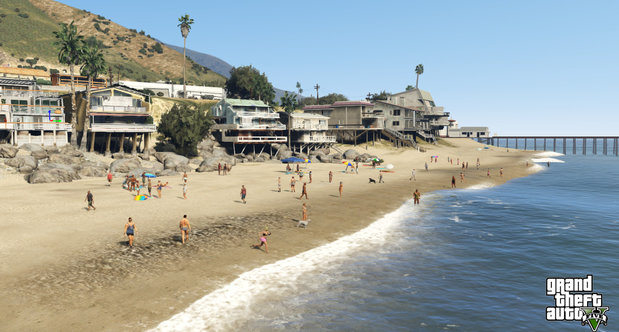 Grand Theft Auto 5 is going to be massive. And its online multiplayer will only make it bigger. New details from Game Informer magazine reveal exactly how big Grand Theft Auto Online will be.

According to Rockstar North president Leslie Benzies, there are over 500 missions. Some will be playable single-player, but others will require teaming up. And although there are hundreds of missions to choose from, only relevant ones will be surfaced first. "The game analyses your playing style as you play and surfaces missions that appeal more to your style," CVG reports.
Missions involving particularly large teams will open up a lobby window. From there, team roles can be assigned, such as sniper, look-out, and transporter. The crew leader can also tweak settings for the mission, such as time of day, weather, difficulty, and the number of lives.
Eventually, when you have enough cash to purchase a "high end residency," you’ll unlock even more missions. Specifically, you’ll be able to set up heists like the main campaign.
Grand Theft Auto Online doesn’t ship with GTA5, however. It’ll be available in October.
Source: http://www.shacknews.com